Nicolette Craig looks at conservation efforts under way the world over and at the people dedicated to preserving and protecting our endangered fish.

Fish conservation projects usually fall into two categories: in-situ and ex-situ, meaning those which operate in the country where the endangered fish live and those which mainly take place elsewhere.

Ex-situ projects often take a fish from its natural habitat to breed it; for example, the Azraq killifish (Aphanius sirhani). This was found only in the Azraq Oasis in the Jordanian rock desert and by the early 1990s water levels became desperately low and supplies had to be pumped in.

Anton Weissenbacher, a fish ecologist at the University of Vienna at the time and now curator at Schönbrunn Zoo, said: "We surveyed the oasis and were surprised to find 45 adults.

"With the support of the authorities and the Royal Society for the Conservation of Nature in Jordan we set up a breeding programme and now breeding them in the zoo in Vienna.

Guarantee
"This is the only way to guarantee preservation of the killifish — at least until conditions in the oasis are restored."

Zoo Zurich in Switzerland has dedicated an entire rainforest exhibit to conserving animals from Masaola in Madagascar, including three species of Malagasy fish. 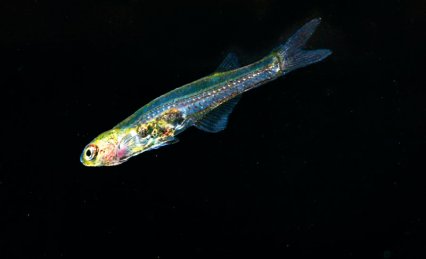 Lisbon Oceanário in Portugal has several programmes, including Project SECORE,  and curator Núria Baylina told me: "SECORE stands for SExual COral REproduction and shares knowledge and information on the husbandry and reproduction of corals between scientists and aquaria personnel.

"This includes wild collecting of gametes from multiple coral species and assisting reproduction, fixation and development of the larvae to hopefully reduce collection of wild coral from natural environments."

Ex-situ programmes can be contentious, the impact of breeding programmes on overall species conservation being brought into question.

Many organisations now focus on conservation programmes in habitats where the fish are most endangered.

Organisations such as Lisbon Oceanario have programmes for species, such as the European eel, seahorses and river lamprey and Dr Trevor Pitcher, of the University of Windsor in Ontario, Canada, is developing one of the first centres devoted to freshwater fish conservation and breeding.

The Desert Fishes Council is another international conservation body aiming to preserve the biology of entire desert aquatic ecosystems and fish in North America and around the world.

Local conservation
Another option empowers local people to conserve their own wildlife themselves. Some in-situ projects have already been publicised, such as the Project Piaba ‘buy a fish, save a tree’ project and its extension in the Western Ghats of India, and the ZSL-led Project Mamirau in Brazil.

Both look at ways in which the aquatic life in these areas can be conserved by providing locals with a sustainable way of life. The conservation aspect is a bonus.

Some organisations, such as Toronto Zoo, have also invested in education programmes. Aqua-Links promotes conservation in the US Great Lakes and in East Africa by providing schools with aquaria containing a locally endangered fish species and links to students in Canada and East Africa to discuss global conservation.

Other organisations start programmes to eventually make them entirely self-managed. Aleksei Saunders, from Denver Zoo, has just gained funding for a project in the Sofia river in North-west Madagascar to determine the extent of local fisheries and potential conservation measures.

He told me: "We’re hoping to evolve the project to continue in Madagascar. Hopefully this will start a snowball effect with the maturation of Madagascar’s own conservation efforts towards aquatic species."

This line of thought is reiterated by Colin Grist from Chester Zoo, which has been involved in the Fish Ark project in Mexico and more recently in the Philippines.

Population back-up
The late Ivan Dibble, with Chester’s support, set up a project at the University of Morelia to save Mexico’s unique freshwater goodeids and poeciliids.

Running since 1998, the project is supported by international organisations, including Aquarian, and aims to provide a population back-up in aquaria around the world while raising public awareness and protecting the natural habitat.

With studies reiterating the pressure that collecting for hobbyists can place on ecosystems, it can be easy to feel we must rely on larger organisations to conserve natural environments. However, many organisations are encouraging amateur hobbyists to take some accountability.

In some cases this hasn’t worked — such as the British Cichlid Association’s private breeders scheme which failed due to lack of public interest. 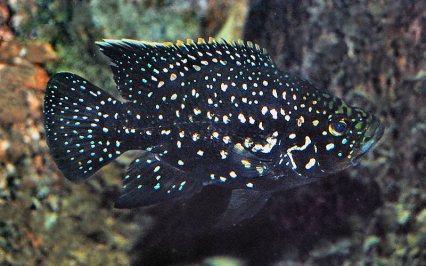 The United States has had far more success, with organisations such as the American Cichlid Association CARES programme (picture of Paratilapia polleni above by Michael K. Oliver, Ph.D, Creative Commons) and the American Killifish Association setting up registers whereby members devote tank space to one or more species at risk and providing an information network between aquarists, scientists and conservationists.

Europe is trying to follow suit with the creation of the Austrian-run ACP (Aquarium Conservation Programme) and spokesman Markus Kriegl explained: "We are building a database which can be used by all aquarium associations in EATA (European Aquaristic and Terraristic Association).

"It will also be possible for keepers to register their tank fish and which species are breeding. Hopefully this will lead to an exchange of juveniles, essentially keeping rare species alive."

Expert Q and A
Colin Grist is aquarium projects co-ordinator at Chester Zoo and co-ordinator for the FAITAG Livebearer Conservation Group. He has been heavily involved in the Fish Ark project in Mexico and a similar project in the Philippines.

How did you get to become involved in the Fish Ark project?
In 1997 I visited Mexico with Dr Heather Koldewey (curator of London Zoo Aquarium), Professor Gordon McGregor Reid (director general of Chester Zoo) and the late Ivan Dibble, and we visited universities to discuss potential conservation strategies for several Mexican species, particularly goodeids.

The University of Michoacan in Morelia already had a large breeding facility, but was concentrating on ornamentals rather than native species.

We persuaded it to change direction and instead instigate a plan for breeding critically endangered livebearers and developing conservation programmes in the field.

The facility was given the name of Fish Ark by Ivan Dibble and the term stuck!

How do you feel the project has progressed?
It now includes research, describing new species and conservation work in the field, especially at Lake Zacapu in Mexico, which has now been designated a RAMSAR World Heritage site.

We have also formed a Goodeid Working Group which has members in most of the countries in Europe and the United States.

Little is known about native and endemic freshwater fishes throughout the Philippines, but there’s a high percentage of introduced species, mostly livebearers, Tilapia, plecs and, in some areas, any number of common aquarium species released deliberately or escaped from farms.

Many species do not have any positive ID because there’s no recorded documentation about them. The only previous freshwater fish survey conducted there was in 1927 and carried out by Herre. He did a lot with marines so freshwater data was limited.

To address the taxonomy problems we teach Filipino biologists how to collect specimens, preserve and identify them using taxonomic keys and other statistical tools.

Any that cannot be identified positively are sent to the Raffles Museum in Singapore where specialists work on scientific descriptions.

A network of biologists are now surveying the rivers in their own regions.

Why do you feel this work is necessary?
We hope this will help us decide which species are endangered and which are critically endangered, so we can prioritise which ones may benefit most from breeding programmes and what can be done to conserve their particular habitats.

Data gathered will be submitted to the IUCN Global Biodiversity Assessment and used for red category listing.

We have also established a new Fish Ark facility in the Philippines and staff have started to work with freshwater gobies and other diminutive species in trials to help them gain husbandry skills. They are also working on field projects.