A chain of Hawaiian islands have been granted UNESCO World Heritage status in a move that not only creates the first mixed site in the US, but will also give protection to valuable oceanic and land-based habitat.

The new world heritage site, to be called the Papahanaumokuakea Marine National Monument, stretches for over 1,200 miles from end to end, covers around 140,000 square miles in area, and will provide protection to over 7000 aquatic and terrestrial species.

As well as apex predators such as sharks, the site has abundant reefs – which scientists think include previously undiscovered species.

In the last few days, marine biologist have reported that they have found 10 new species during research dives. 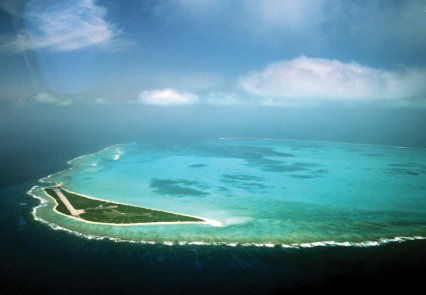 Hawaiian people have entered fully into the spirit of the UNESCO designation and are taking seriously their role in protecting their ecosystem.

The designation “underscores our responsibility to protect our culturally, naturally and spiritually significant places for future generations, as our ancestors would want,” said Haunani Apoliona, Chairperson of the Office of Hawaiian Affairs Board of Trustees.

Papahanaumokuakea is the second UNESCO site in Hawaii after the Hawaii Volcanoes National Park.

World Heritage listings acknowledge the historical, cultural or natural value of sites, as well as the commitment of the sovereign nation and the site’s owners to its long-term protection and management.