The economy of the world's second largest continent could be boosted as a major ornamental fish exporter. However, early promise may falter if the necessary community investments aren't made, explains Nicolette Craig.

Aside from the Rift Valley cichlids, Africa does not spring to mind as a source of aquarium fish. Noted for often crude capture techniques, poor husbandry and high mortality from capture to delivery, much of its trade had a poor reputation.

However Africa is starting to reinvent the ornamental fish trade, and this has started to make a real impact in some communities.

Projects vary from small-scale aquarists and fish shops started up for middle class Africans right through to global exporters. However, they are all commonly part of a burgeoning business that promises to bring more money to poorer rural communities as well as richer ones. 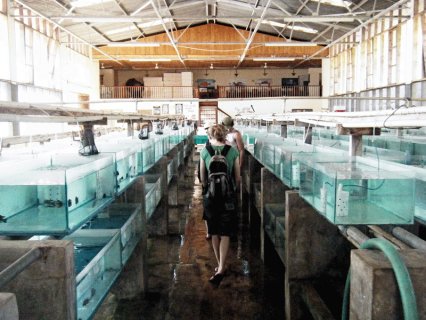 Some businesses are long established. For example, the late Stuart Grant’s export enterprise (above) on Lake Malawi was set up 37 years ago and is still maintained by his wife. Most Malawi fish swimming in our tanks are either directly from him or descendants of fish that were exported by him.

In South Africa, Nick James is an ichthyologist who, for the last 18 years, has been breeding cichlids for the ornamental trade and sorely needed Tilapia fingerlings for food fish aquaculture.

He now has a line of 80 Lake Malawi cichlid species for the domestic market, trying to focus on more unusual species such as Aulonocara peacocks, various utaka species and a number of colourful mbuna.

Nick is hoping to use the techniques he’s developed to train and mentor people setting up rural aquaculture projects. He told PFK: “We tried many techniques developed at universities and experimental fish farms.

“There are huge gaps between theory and practice, between what works in reality as opposed to the ideals, but we have now perfected successful ones that work in the real Africa as opposed to any research institutions.” 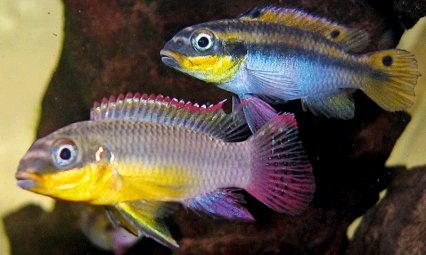 Smaller, rural projects are also springing up. SARNISSA (Sustainable Aquaculture Research Networks in Sub-Saharan Africa) is a network set up to provide links between anyone working in aquaculture development. It has more than 1,600 forum members and 20 work solely with ornamental fish. Projects joining the site are springing up in Ghana,  the Congo, Nigeria, Malawi, Tanzania, Kenya and Cameroon.

One surprising growth area is for aquariums among wealthier communities and entrepreneurs in Nigeria and Kenya are noting interest among middle classes and setting up tank-building businesses and ornamental fish farms.

At present most businesses deal with goldfish and Koi, but there’s increasing call for people to diversify into native species. Unlike food fish, which is valued at about $1,000/£630 per ton, ornamental fish are worth anything up to 100 times this amount, especially on the international market.

Gulf Aquatics in Cameroon is a business capitalising on this, having been set up with backing from the World Fish Centre and financed by the World Bank. In a sustainable manner it aims to catch and export native fish, such as Aphyosemion spp, Pelvicachromis taeniatus, Chromidotilapia and Benitochromis spp, as well as rare cichlids from Lake Barombi Mbo.

The project lists nearly 60 species of fish, various plants and freshwater shrimp and the organisation uses collecting stations in river basins to minimise stress and maintain the fishes’ natural beauty. Fishermen are paid 40% of the net profit and a further 10% goes towards funding community projects.

Owner Cyrille Denning, an expert on fish biodiversity in Cameroon and advisor to the IUCN red list of endangered species, also aims to raise awareness of the need to protect the rivers for future generations by installing aquariums stocked with native fish in schools.

Cyrille is not only providing work for several people but also allowing other businesses to thrive. He has recently linked with Aquariophilie, a new business which provides set-ups for wealthier patrons. The aim is to encourage the domestic market to start keeping fish other than goldfish and Koi, and other non-native tropicals. 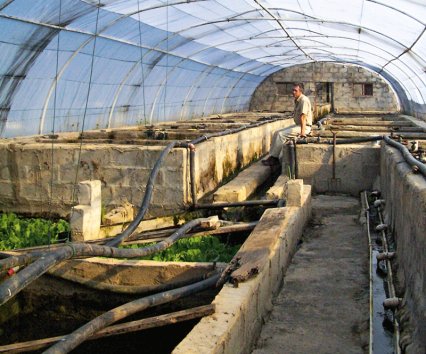 However, he needs to upgrade his holding facilities, but finds sufficient capital hard to raise — illustrating a major problem affecting African aquaculture.

Randy Brummett, of the World Bank, explained: “It’s very hard for small businesses such as this to obtain sufficient funding.

“Potentially, they are the backbone of the global economy. They create jobs and revenue streams that can help get people out of poverty. However, they are largely ignored by the development community and labelled ‘the richest of the poor.’ These folks need something in the $20,000 - 50,000/£12,600-31,500 range and this really is peanuts …”

This isn’t the only problem facing new businesses planning to export. Will Leschen, of SARNISSA, points out that the lack of infrastructure and accredited disease testing facilities will prove insurmountable if not addressed.

This a fact reiterated by a fish inspector for CEFAS who said: “Although importing tropical fish species from Africa is less of an issue nowadays, they still have to be certified as clinically healthy to be exported to the EU.

“This certification needs to be issued by the competent authority of the exporting country — which isn’t a problem for established traders but is for new exporters in new areas who may not have access to a suitable authority.

“There’s currently also derogation in place for imports to the EU of any fish species susceptible to the disease Epizootic Ulcerative Syndrome (EUS).

“Basically this means that to export there the exporting country will have to declare that the fish are free of the disease on export/health certification. This will undoubtedly be a problem for some authorities in Africa. The derogation ends in 2013.”

With organisations such as the World Fish Centre, the World Bank and National Geographic getting behind a number of projects, these problems may be surmountable.

As a result, by generating a range of partnerships among rural and urban communities, individuals and entrepreneurs, the small-scale ornamental fish business could well play an important role in the growth of the African economy. 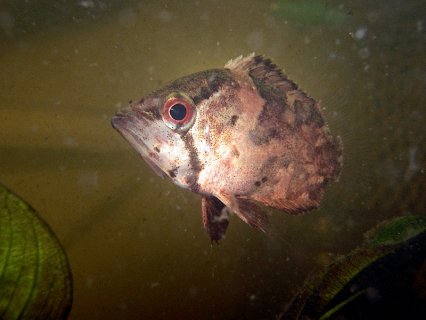 Will Leschen is co-ordinator of SARNISSA, an EC-funded network set up to provide links between a wide range of people working in African aquaculture development. Nick James is involved in the ornamental fish aquaculture business, running the Rivendell Hatchery.

What are the main problems affecting the ornamental fish trade in Africa?
Nick: Most African countries have wild-caught ornamental fish exporters who pay low prices to local people to catch readily available species, usually near the major centres, and export them from a central facility in larger cities near airports to wholesalers in Europe and the USA.

Correct identification of species is always a problem, as is sufficient quarantine of the highly stressed fish. These are often highly parasitised and stressed, as well as poorly prepared and packed.

Fish are exported from the Congo (Kinshasa), Cameroon, Nigeria and Ghana. Uganda bans the export of Lake Victoria cichlids directly from the lake.

In addition, while export from South Africa should in theory be possible, freight rates from Africa to Europe, the USA and the Far East are high compared to the east-west routes from the Far East. This makes exporting practically unviable.

Will: I think there’s great potential for the ornamental trade, especially as the flight time from West Africa to the UK is only five hours. However, I think a lot of the time the lack of certification infrastructure puts people off. For example, obtaining a single permit can often take up to a year.

Where is the real boom market for African ornamentals?
Will: There’s a bit of a boom at the moment for the domestic market. I know of a number of growers in Kenya breeding Koi and goldfish, and am aware of an aquarist who has set up in Nairobi making fish tanks for the growing middle class market. There’s also a number of videos on the SARNISSA website.

Nick: I agree. South Africa is the most industrialised country in Africa and, as such, has a considerable local market for aquarium fish. Hundreds of boxes of tropicals are imported into Johannesburg from the Far East each week for the ornamentals trade here.

Rivendell Hatchery has, over the last 18 years, supplied a range of the more unusual and colourful Malawi cichlids to the local market and larger retail outlets as well, as skilled hobbyists form the customer base.

How do you think the trade in ornamentals could be improved in sub-Saharan Africa?
Nick: People need to start paying for quality. Importers are so used to low prices for African sourced fish that they resist the higher prices of hatchery-raised fish, irrespective of their higher quality, correct identification and standardised sizes.

There’s large-scale skill-based tropical fish production in countries, such as the Czech Republic which supplies a lot of Europe’s needs as well as taking imports from the Far East in considerable numbers at minimal profit margins.

Far Eastern countries don’t need to heat their water, but much of Africa needs to supply supplementary and expensive heating. Coupled with the costs of food, grading and rearing under exacting conditions this means that fish cannot be sold for a few cents each, like wild-caughts.

At Rivendell Hatchery we use the latest techniques and the hatchery is ‘first world’ in design. We supply our cichlids as correct geographical species rather than Aulonocara ‘red’ or Aulonocara ‘yellow’ as seen arriving from the Far East.

Will: I would like to see more training in ornamental fish aquaculture and investment into creating an infrastructure for the trade. Governments need to look at ways of making the transport, disease testing and admin simpler for the trade.

At the moment, Nigeria has no accredited labs for testing diseases such as SVC, Koi herpes and EUS (Epizootic Ulcerative Syndrome). Until this happens…