Can plants eat fish? Well actually some do - and this amazing prize-winning microscope image shows the open trap of a carnivorous bladderwort (Utricularia), a group of aquatic plants capable of taking tiny fry along with small invertebrates such as Daphnia. The shot was this year's winner of the Olympus BioScapes digital imaging competition.

The plant looks pretty scary, but Igor Siwanowicz, the photographer who took the photo, magnified it 100 times.

Bladderwort have no roots, and the plants tend to creep or float on the surface. They have traps comprising small bean shaped bladders, and the plant pumps water out of them until they are flat and curved inward under pressure. Next to the trapdoor, tiny trigger hairs are present (the bases of which are seen in the centre of the image, inside the dome-shaped entrance). If a hapless prey item (e.g. Daphnia) bumps into them, the trapdoor bends enough to break the seal and the walls spring back to their normal shape creating a vacuum, engulfing the prey within one hundredth of a second. The prey is then chemically dissolved and consumed.

The traps also provide a microhabitat for single-cell green algae, predominantly desmids, which are visible in the photo as pinkish-coloured flakes. 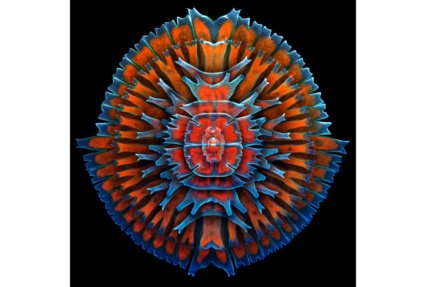 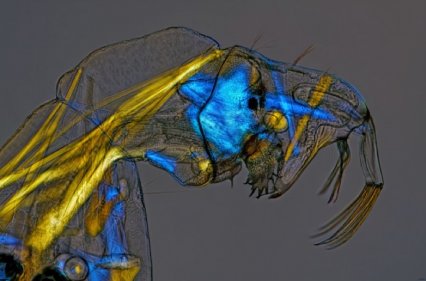 Another aquatic image that featured in the top ten was this Phantom midge larva (Chaoborus), known to many of us fishkeepers as glassworm. This seventh-place shot was taken by Charles Krebs, magnified 100 times. Musculature that is usually clear and colourless has been made visible using polarised light.

Check out the other fabulous winning images at www.olympusbioscapes.com.

Celebrating its 10th Anniversary, the Olympus BioScapes Competition is the world’s premier platform for honouring images and movies of human, plant and animal subjects as captured through light microscopes.

Images of any life science subject are eligible.

Next year’s competition, which closes September 30, 2014 is already open for participants. Entrants can submit up to five still images, image sequences, or movies of life science subjects captured at any magnification using a compound light microscope.