The newly-opened Hengqin Ocean Kingdom in China is now officially the largest aquarium in the world.

Guinness World Records, which had officials present at the public opening last weekend, confirmed the new world record for the aquatic theme park, whose huge tanks hold a combined total of 48.75 million l/10.72 million gal of water, making it the largest aquarium in the world by volume.

"The glass in the shark and whale pavilion is, at more than half a metre, reassuringly thick," reports the BBC. 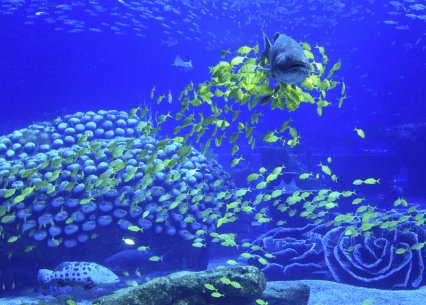 Hengqin Ocean Kingdom cost £484.4m to build and features seven themed areas, each representing a part of the ocean. The park also offers rides, a circus and a 5D cinema.

A 1000m Grand Canal connects the hotel to the aquarium, and guests can take water taxis which run in between.

The resort aims to become the "Orlando of China".