Over 60 new assorted variety Jumbo fancy goldfish have flown in for Star Fisheries' first Open Day of the season on Sunday, October 18, 2015.

"Some of the largest fancies we have ever had will be offered for sale on the day," says Andy Green of Star Fisheries, which is based in Surrey.
"Among them is a relatively new variety, called 'Ingot Oranda', pictured above. These are Oranda/Ranchu hybrids. Now more popular in China, they have been given the name ‘Ingot Oranda’ after the old monetary ingot, due to their compact shape. They are available in assorted colours and there are jumbos as shown in the picture, as well as smaller sizes available.
"We will also have the largest selection of Andrew James Ranchu ever offered — absolute top class Ranchu at affordable prices. Andrew James is now recognised as the number one breeder of Ranchu in Europe.
"In addition, we have received some extremely rare one-off colours and varieties. 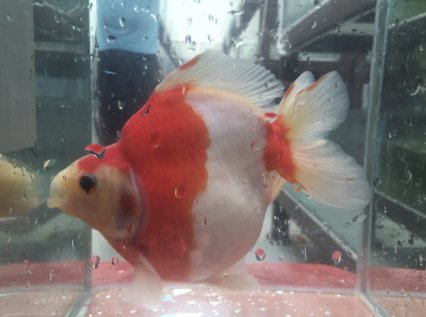 Fish from China, Japan, Thailand, Hong Kong and the UK promise to give what will be the largest range of fancy goldfish for sale in Europe.
Star Fisheries has just had a significant re-fit with nearly 100 additional aquariums. 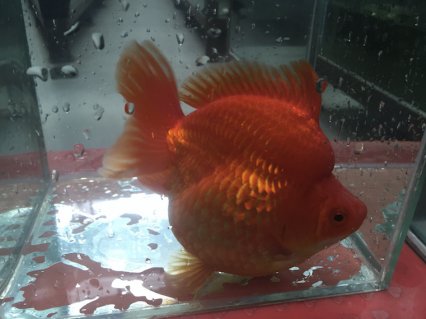 You'll find Star Fisheries at 94a Benhill Road, Sutton, Surrey, SM1 3RX. It will be open from 10am–3pm on the day. There is plenty of free parking available.
Tel. 0208 915 0455 for more information.
Why not take out a subscription to Practical Fishkeeping magazine? See our latest subscription offer.
Don't forget PFK is also available in digital format.
Click here for more information on the iPad or iPhone version.
Alternatively, click here for details of the Android version.