Nationwide goldfish in the Midlands The AMGK (Association of Midland Goldfish Keepers) held its annual Open Show for goldfish at the West Orchard Hall, Coventry on Saturday, June 20 2015.

This was a 'Nationwide' Open Show, where all four of the goldfish clubs in the UK (outside London) supplied judges to assess the fancies to the newly agreed Nationwide Standards.

There were 199 entries in the 30 classes which included the 14 fancy breeds described by the Standards. Each class had a copy of that Standard displayed by the 45 show tanks, so viewers could see why the fish warranted a First, or less.

The Best in Show was a Ranchu bred by Andy Becket of AMGK, who was awarded the F. W. Orme Trophy (dedicated to the memory of the author of the definitive book 'Fancy Goldfish Culture').

AMGK Chairman Pat Davis ran the auction where over 40 home-bred fancy goldfish were sold at prices ranging from £5 to £75.

Members keep and breed fancy goldfish to the new Standards and these Open Shows reveal who is achieving perfection. The auction allows all the goldfish societies to buy the best fish for their own breeding programme.

This was the 41st year of the AMGK Goldfish Open Show. 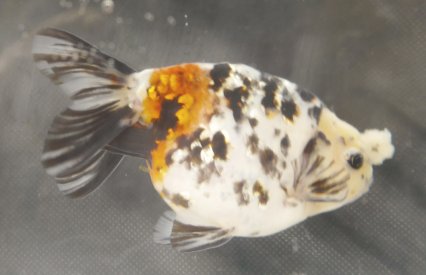 The above fish won 'Best New Variety' — there's no Nationwide Standard yet for this class! 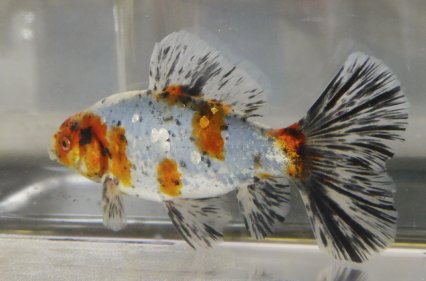 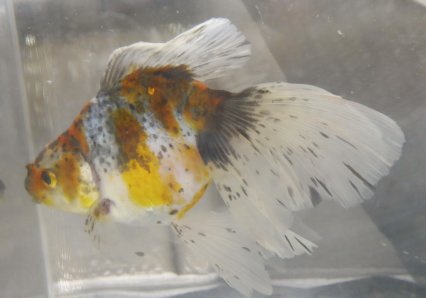 Always a favourite with breeders – the Veiltail.