More than 80 new species of fish discovered in the Amazon At least 441 new species of animals and plants have been discovered over the past four years in the vast, under-explored rainforest of the Amazon.

Discovered by a diverse number of dedicated scientists from 2010 to 2013, and compiled for the first time by WWF, this list includes 84 fish.

All new to science, the recently discovered plants and animals have something else in common too. With very restricted ranges, many of the new discoveries are thought to be endemic to small parts of the Amazon rainforest — and found nowhere else in the world. This makes them even more vulnerable to the threat of deforestation that’s currently destroying three football pitches of rainforest every minute across the Amazon.

Some of the fish discovered include a dwarf cichlid that's adapted to extremely low oxygen levels. Apistogramma cinilabra (pictured above) is found nowhere else in the world and is thought to be unique to one small lake in the Loreto region of Peru. 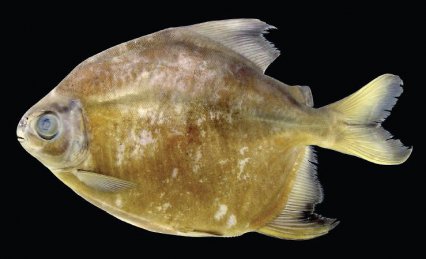 "With an average of two new species identified every week for the past four years, it’s clear that the extraordinary Amazon remains one of the most important centres of global biodiversity," said Damian Fleming, head of programmes for Brazil and the Amazon at WWF. "The more scientists look, the more they find. "The richness of the Amazon’s forests and freshwater habitats continues to amaze the world. But these same habitats are also under growing threat.

"The discovery of these new species reaffirms the importance of stepping up commitments to conserve and sustainably manage the unique biodiversity and also the goods and services provided by the rainforests to the people and businesses of the region."