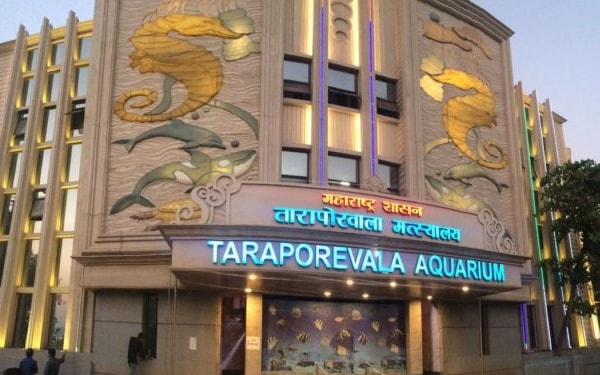 Over 100 marine fish have died at a public aquarium in India just two weeks after it re-opened to the public following a re-vamp.

Only saltwater animals have been affected at the Taraporewala Aquarium in Mumbai.

More than 130 fish had already died after the re-opening, scheduled for August last year, was delayed. The fish were being held at the Central Institute of Fisheries Education in Versova. "The turtles fought, alligators were exposed to the sun longer than they should have been and some fish died due to old age, but mainly due to lack of care," an official from the fisheries department told Indian Express.

These latest deaths have been attributed by some sources to pollution or a salinity that is too high. The water used in the aquarium comes directly from the Arabian Sea after it has been filtered at the filtration plant. But sources say that there is a problem with the plant and besides being faulty, it simply filters the water, and the sea water around Mumbai is extremely polluted.

Among the mortalities are clownfish, surgeonfish, angels, seahorses and jellyfish.

Mahesh Pathak, secretary at the Animal Husbandry Department, explained away the deaths as "teething trouble" for the newly re-opened aquarium.

"It is not possible to replicate the exact sea conditions inside a tank for these exotic fish, which are being brought for the first time to this aquarium and even the department does not have enough experience in handling them. We have spoken to experts and are trying to feed the fish anti-allergens and are maintaining the pH level to get the new fish accustomed to water in the tank," he said.

The filtration system, authorities say, has sponges, UV irradiation facilities, charcoal and biofilters. Dismissing the possibility that the filtration system was faulty, Pathak attributed the deaths to stress caused by public behaviour, such as visitors tapping on the tanks, and starfish and sea urchins being "squeezed and poked by people when they were allowed to touch them."

"We have the best filtration system in place," he told Indian Express, although he was unable to explain the high turbidity visible in some of the display tanks. He said that the salinity at the aquarium was 20-25 ppt (parts per thousand), much lower than the 35-40 ppt in the Arabian Sea.