Man jailed for smuggling rare corals and clams into the UK A Manchester man has been jailed after he was caught trying to smuggle more than 700 rare and endangered corals and clams into the UK.

Alex Montgomery (23), from Stalybridge in Greater Manchester, was arrested while trying to collect the shipment at Manchester Aiport.

Over 750kg/1600 lbs of CITES-protected inverts - 650 hard corals and 60 clams, some of which were 20cm/8" long - were discovered by Border Force officials after a search of air freight in May last year. They had been sent to Montgomery from Ho Chi Minh City in Vietnam in 36 boxes labelled 'Marine Fish and Soft Corals'.

A further search of Montgomery's business premises in Hyde revealed another 120 protected species.

None of the undeclared items had any accompanying CITES documentation and were consequently seized.

Montgomery's computer, which had information regarding his business dealings with foreign suppliers, was also seized.

Montgomery pleaded guilty at Manchester Crown Court on May 22 and was jailed for six months. 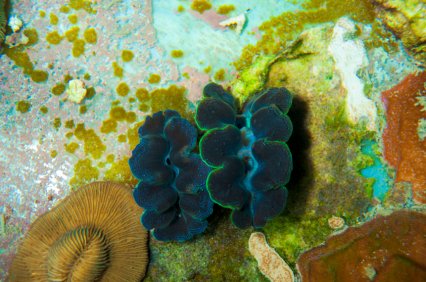 Vicky Allan, Assistant Director of Border Force, said: "The illicit trade in endangered animals is a serious contributory factor to the threat of extinction faced by many endangered species.

"Anyone trading in protected creatures and plants should ensure they have the right paperwork before they import exotic animals into the UK."

If you have information about activity you suspect may be linked to smuggling contact the Border Force hotline on 0800 59 5000.