Last Open Show of the season... It is a tradition for Bradford and District Aquarist Society to have the last Open Show of the season each year — and this year it was for the 67th time!

Being so late in the year, it is normal not to fill every one of the club’s 37 Classes, but there were 120 entries and the auction had almost 100 audience.

Judged to Yorkshire Association of Aquarist Society (YAAS) rules, there were two major awards: Best in Show (highest pointed) and Best Exhibit (highest pointed of Pairs and Breeders) with an engraved cup. All other Classes received a certificate for 1st, 2nd and 3rd, plus a digital thermometer. 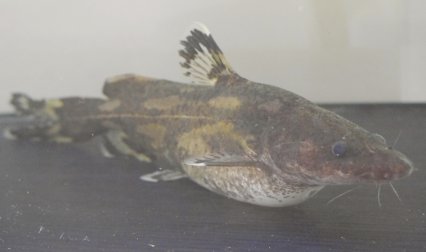 The Best in Show, with 86.33 points was this Leiocassis hosii — a quite unusual Asian catfish — by Roy Blackburn of Castleford AS (pictured below right, receiving his trophy and prize from the Bradford and District Aquarist Society Secretary Anthony Fisher). 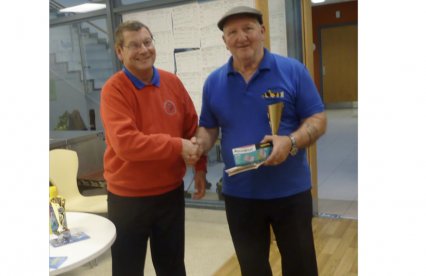 The Best Exhibit was by Castleford AS Chairman Steve Grant with a pair of banjo catfish, Bunocephalus larai (pictured above). They had 86 points. 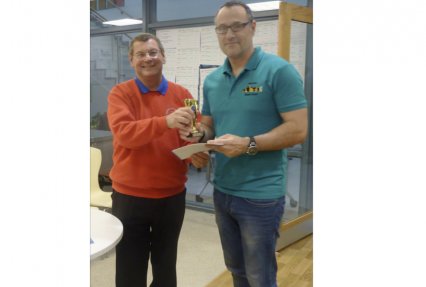 But the most exceptional awards were to Terry and Shirley Nelson of Ashby AS. They had entries in 17 Classes and every one won an award, nine of them as Firsts!

Just one example of their winning fish, a First in Class 11 Angels, is pictured at the top of the page. 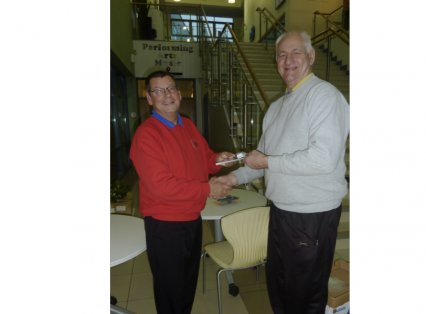 Terry Nelson receives all 17 Certificates on behalf of their show team of Mr and Mrs Nelson.

The current interest in Siamese fighters, Betta splendens, was evident at the OS. There were 20 entries in that Class, but YAAS rules only judge the one species, not its variations. All three places, First, Second and Third, were won by one independent aquarist, Jason Goben. He is actually a Discus breeder and only recently took an interest in the Bettas. Having successfully bred some of the varieties he was qualified (under Betta Society Rules) to show his fish and hence visited the Bradford Show. 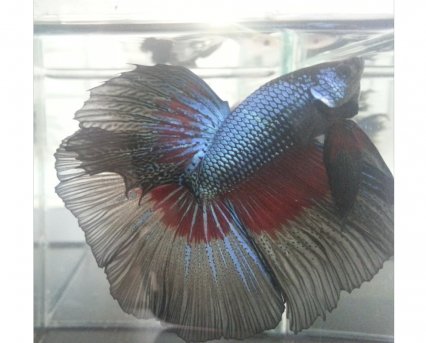 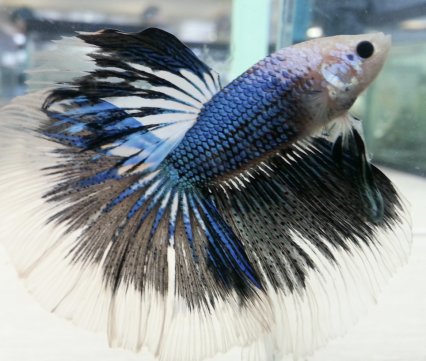 And here is Jason receiving his awards.... 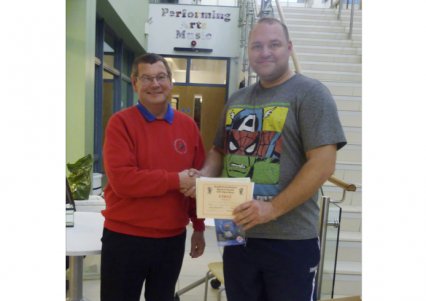 Bradford and District Aquarist Society's first OS and their last OS... Sunday, May 10 and Sunday, November 8, 2015 will take place at the same venue: The Bradford Academy, find it at BD4 7QT. Make a calendar note...