Time is running out for the remaining pangasius, pacu and niger catfish in Jack Heathcote's mega-sized tropical aquarium.

Due to a shock, crippling electricity bill the 12x13x6' tank in his Nottingham basement needs to be stripped down and turned off, and quickly, in order for the owner to start to pay back the £6000 per year electricity bill, and avoid falling into further arrears.

So far Jack has stripped down and turned off his other large tank, a fish only marine tank, in order to cut the power usage, and started the process of selling off and rehoming some of the other large residents of the trop tank including Fly River turtles and South American stingrays.

But there are seven fish he still can't shift including some usual suspects, and poster fish of the well known Big Fish Campaign, led by the UK's public aquariums.

Jack is stuck with three 32" pacu, 2 x 31" pangasius and 2 x 44" niger catfish, and if they can't find suitable homes within days, the star of several tv programmes, magazines and newspaper articles on his tank, may be forced to take drastic action. 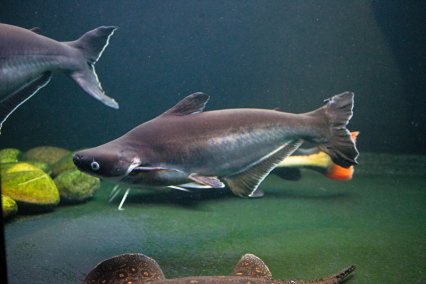 "I can't bare the thought of these huge fish dying and I'll do everything in my power to publicise their plight and find them a new home."

"In return I offer lots of free publicity on both the websites and magazines I edit, free goodies from our gear cupboard and I'm hoping I can press gang some manufacturers into providing free pond sized equipment and food. I've just got to keep these fish alive."

"I think the volume of Jack's current tank is also putting off many private individuals from coming forward, although the fish would be fine in half of that 6' water depth if enough swimming length and width were provided. " 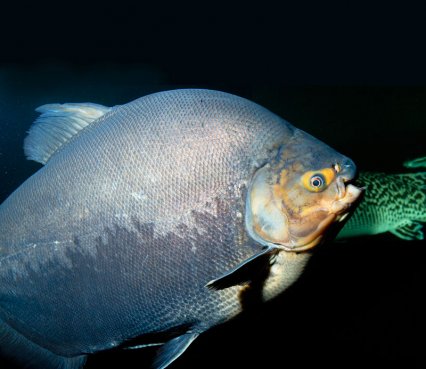 "And in an ideal world, once stripped down, experts from leading pond and aquatic companies could even advise Jack on making the tank much more energy efficient and who knows, his fortunes could change in the future, making the tank once again financially viable."

"Seriously reducing that £6000 a year electricity bill through more efficient pumps, heating and lighting could be quite the publicity coop for the right equipment company."

"But those fish shouldn't die because of lack of money. It's anything from being their fault. And up until very recently it was Jack who was taking in fish to be rehomed in his tank."

"Where's the Nirah Project when you need it?"

If anyone can come forward with any real, rehoming suggestions please send an email to PFK's editor directly on [email protected]