Is this Britain's biggest goldfish? Rocky the red Oranda is a big girl. She weighs in at 2lbs 10oz and is nearly a foot in length. Her owner, Andy Green, of Star Fisheries in Surrey, reckons she could be the largest goldfish in the country and she's certainly the largest Oranda ever imported into the UK. 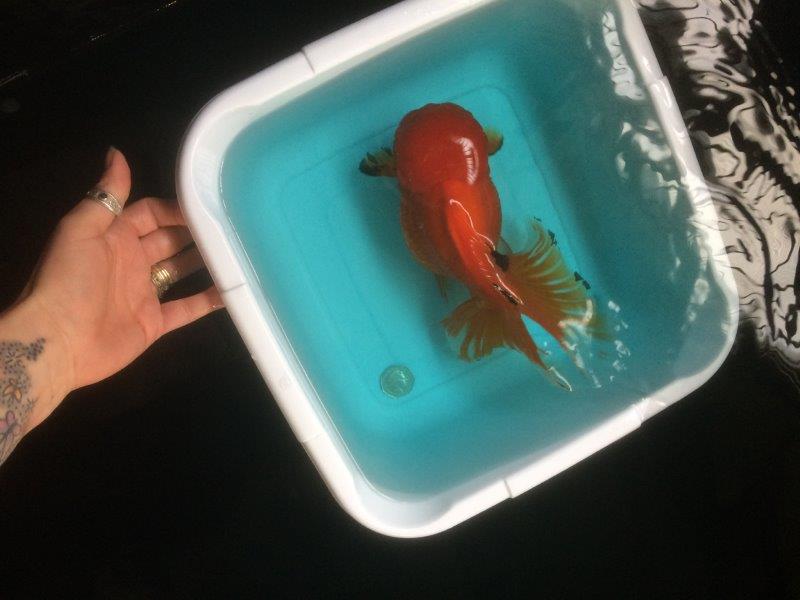 Three-year-old Rocky came from China after Andy spent months trying to talk the breeder into selling her to him. Star Fisheries specialises in top quality fancy goldfish and Rocky is a prime specimen of an Oranda. Andy says he wouldn’t accept less than £4,500 for her now.

And if that sounds a little on the expensive side for a goldfish — even one the size of Rocky — Andy adds that a panda Oranda was sold by Star Fisheries a couple of years ago for £6,500.