The annual show is organised as part of the British Livebearer Association convention and also includes a section for 'wild' livebearers, as well as cultivated. 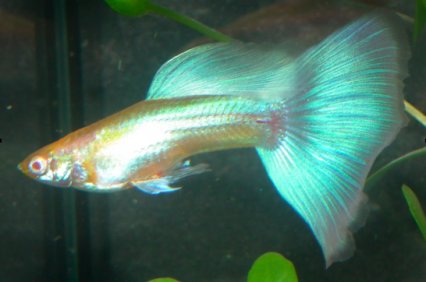 The main competition is for pairs of 'high breed' guppies that covers all 12 of the tail shapes and every colour imaginable. 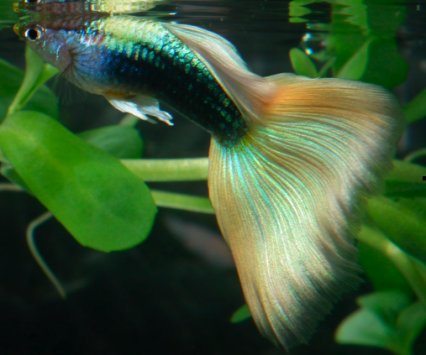 The event is the final leg of the European Championship for guppy pairs and the overall winner of the show was Derrick Clayton (his winning pair is pictured below). 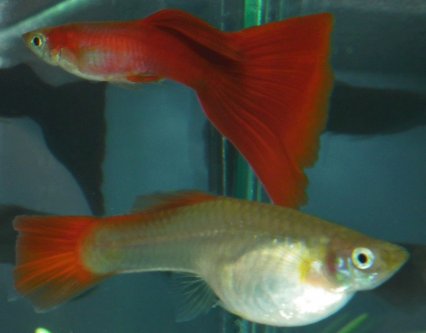 This is the third time Derrick has been awarded the top UK prize out of the five times that the show has been organised.

The guppy show was also the final of the UK Championship, and that was won by Malcolm Clarke, the chairman of the BLA guppy subgroup.

Malcolm said: "We have had a fantastic weekend event with several trade stands that included JBL, our main sponsor, many visitors and competitors, some from Italy, Slovakia, Germany, Poland, France, Belgium and Holland.  The standard of entries was very high this year and it is great that there was a British winner.

"The UK guppy scene was by far the best in the world in the 1960 and 70's, but then everything seemed to fade away.  We have managed to revive the interest and are again taking our place in the world of guppies".