On Saturday visitors were treated to two innovative lectures given by Bernd Degen and Jorg Stendker. Other attractions included Discus and other fish for sale as well as a wide range of dry goods, food and reptiles.

The main event was of course the judged competition. 84 Discus from around the world were entered into six classes. Each class winner going forward to the Grand Champion class. The winner was a Brilliant Turquoise entered by Barry Woodward from Devon. 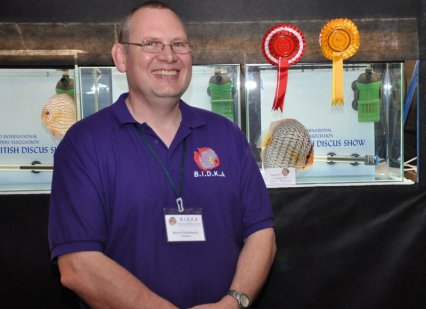 What makes this achievement so creditable is that Barry obtained this fish in a batch of eight "6cm" babies in February 2010. It took him just 14 months to grow it into a Grand Champion.