How did this fish get these strange 'tattoos'? 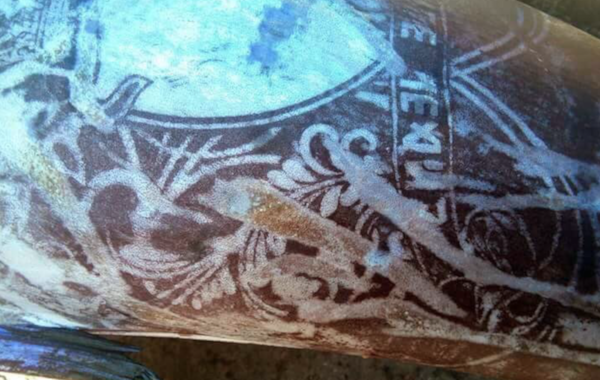 A two-metre-long fish caught in the southern Philippines sparked quite a debate after pictures went viral on social media.

Fishermen in the province of Lopez, Jaena, Misamis Occidental, immediately noticed that the skin of their latest catch was marked by artistic designs, including what appears to be a crown sitting on top of a shield, lettering, and entwined plant leaves.

The unusual ‘tattoo’ on the 24-kilo Blue marlin was undoubtedly of human origin, but how it ended up on a wild fish was a mystery.

The thousands of people commenting on the photos posted by Philippines news network GMA News were more than willing to voice their opinions. Some wondered whether the fish had actually been caught, tattooed and released, while others thought it might even be an alien. Another suggested that the fish may have escaped from an underwater jail where marine biologists mark marine creatures with strange symbols… 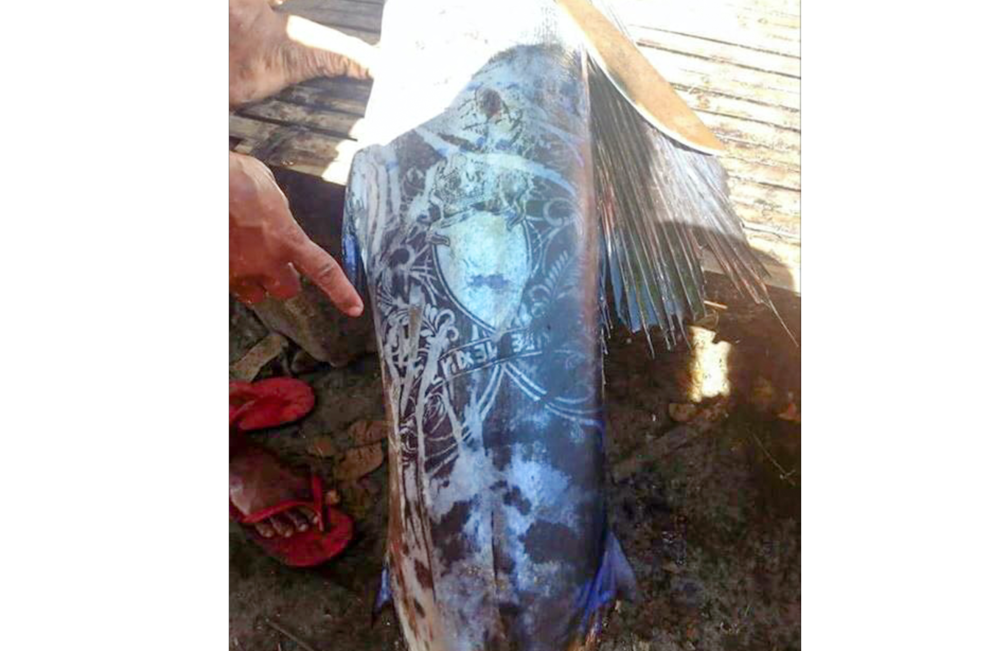 A more rational explanation for the fish ‘tattoo’ was offered by Steve Clark, who wrote: “This was probably caused by some sort of trash or fabric that had been embedded in the fish’s skin and over time imprinted this design onto it. Just a thought.”

But the mystery was solved when the fisherman who caught the marlin, Zosimo Tano, admitted that the design had actually come from his T-shirt, which he had placed over the fish to cover it. “It has no tattoo. I never thought that the print of what I used to cover it would embed on the fish's skin,” Tano told ABS-CBN News.

Experts at the Bureau of Fisheries and Aquatic Resources (BFAR) explained that there was a chemical reaction between the fish's slimy skin and the print of the fabric.