Help for upside down fancy goldfish from King British If you have trouble with floating or upside down fancy goldfish, you might want to check out a couple of new additions to the King British range.

Fancy goldfish aren’t great swimmers, due to their double tail fins and short, fat bodies. Within their bodies the swimbladder, which controls buoyancy, is bent, so doesn’t work as well as it should. Feed floating foods like flake, floating pellets or sticks and the fish can take in air as well as food, which may result in swimbladder problems, points out King British. 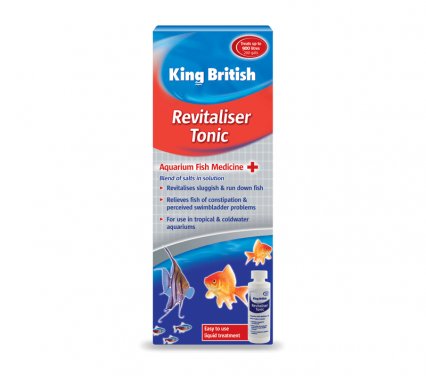