In a tradition that is now many years old, the Open Show that was ‘YAF’ (Yorkshire Aquarist Festival) hold a second Open Show just a few weeks later. The YAF show is mainly for members of the Yorkshire Association of Aquarist Societies, but the second OS is for everyone – that is why it is called 'Friends of Yorkshire' OS.

Held at Stockton on the Forest Village Hall (near York) on Sunday, August 11 2013, there were 183 entries in the 36 classes – down on last year’s record 200 entries but about average for this OS.

Over 50 aquarists attended with a traditional auction, run as always by Steve Jones (European Anabantoid Club) who reported lots of sales – and bargains. 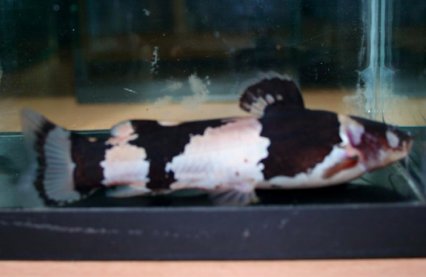 Best in Show was won by Castleford AS’s Cliff Blackburn with this Microglanis iheringi - one of the Bumblebee catfishes - in the AOV Class 31 Female Egglayer (with 86.125 points!).

Best Exhibit Award went to Jamie Horne of SVAS with a pair of Picotee livebearers, Phallichthys fairweatheri (pictured at the top of the page) achieving 86.5 points. 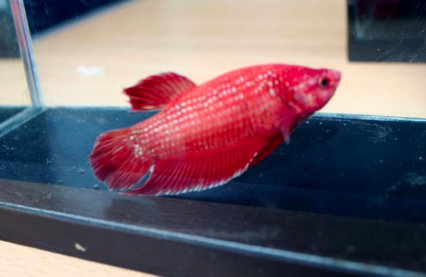 The OS was also home to the Fancy Guppies UK in the 5th leg of their League competitions.