Goldfish show is a great success! Several people commented on the friendly, inclusive atmosphere. There were 73 classes of different goldfish. This was the first use of the new GSGB Goldfish Standards and Judging Sheets and it proved a massive step forward on previous years. 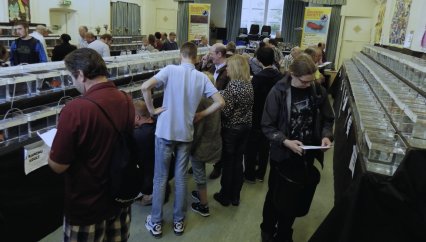 For the first year all the adult fish in the show had tanks with airstones in them — real improvement which made the fish much more comfortable on a warm afternoon. Next year all the tanks in the show will have their own air supply. 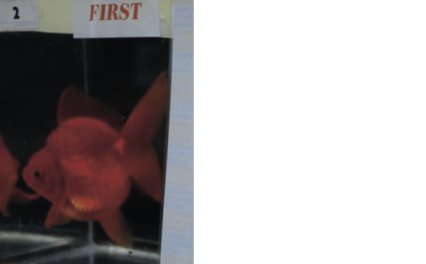 The best breeders team was a team of Orandas owned by John McGarva, while the best single breeders was a Calico Veiltail owned by Tony Roberts, both winners receiving a one pound tin of brine shrimp eggs.

The auction had 75 lots which included some stunning goldfish. All the lots were sold with members going home well stocked with goldfish for next year.