Goldfish has £200 op to remove tumour Monty, a five-year-old goldfish from Bristol, has had a Â£200 operation to remove a tumour from behind his eye.

The tumours had begun to spread along Monty's back and his owners were desperate to save him. The surgery was undertaken by a team of vets from Highcroft Veterinary Group and Bristol Zoo, taking 45 minutes. 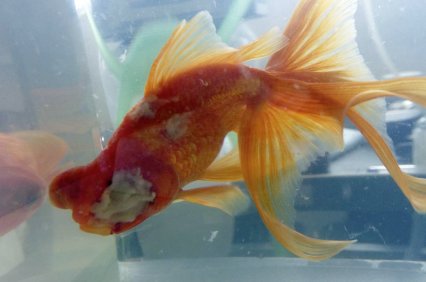 Despite losing an eye during the operation, Monty the goldfish has recovered well and is now back at home.