Two of the four English Goldfish Societies held their Open Shows this month: Bristol Aquarist Society (BAS) and the Northern Goldfish and Pondkeepers Society (NGPS). Each now show and judge their goldfish to the Nationwide Standards.

The Best in Show at the NGPS open show was the Oranda above by Andrew Barton of AMGK (Association of Midland Goldfish Keepers). 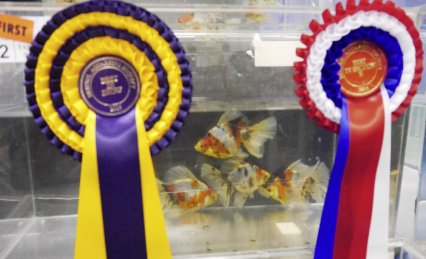 The Best in Show at Bristol was a team of Four Veiltails by Tony Roberts of BAS.

At each show an auction was held of home-bred pedigree goldfish with brisk sales ranging from £1 to £76 for the prize-winning fish.

Below are some of the goldfish that won a First in each Class – but first is an NGPS goldfish that didn't win an actual award but did get a lot of attention for its Adolf-like appearance... 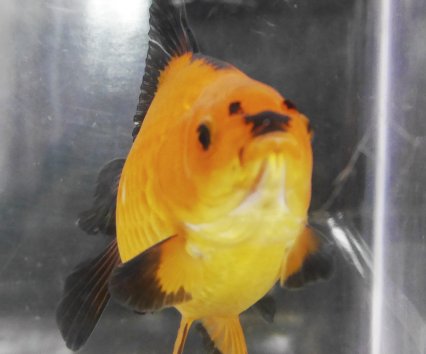 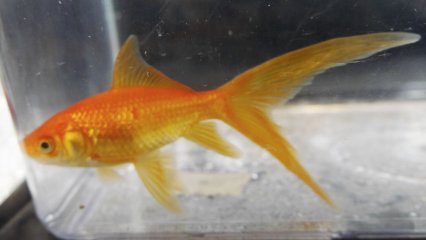 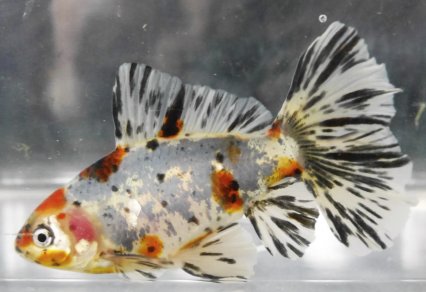 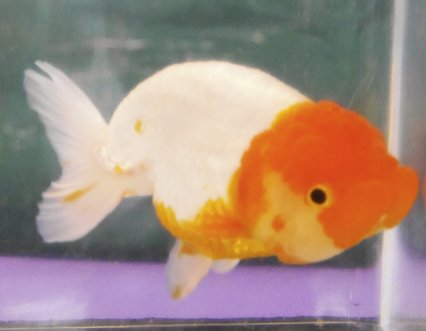 These shows complete the Open Shows by the four goldfish societies for 2015 but they now combine for a grand finale...the 2nd Nationwide Open Show on Saturday, September 26, 2015 at Weston Favell Parish Hall, Booth Lane South, Northampton NN3 3EP, with 63 classes. There will be an auction too, so do visit to buy prize-winning goldfish at bargain prices!