Over 1,000 new-to-science marine fish species have been described since 2008 — an average of more than ten per month.

Among fish species newly-described worldwide are 122 new sharks and rays, 131 new members of the goby family, and a new barracuda found in the Mediterranean. The most recent addition has been the Ruby seadragon, Phyllopteryx dewysea, pictured below. 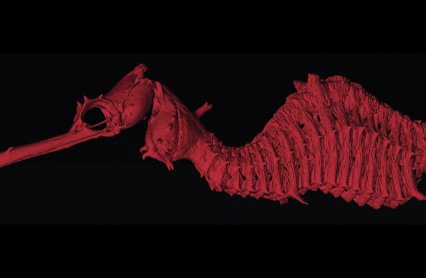 In the past eight years, the effort has identified almost half the names assigned over two and a half centuries to ocean dwelling creatures as redundant aliases. Merging scores of global databases, more than 200 editors of WoRMS found almost 419,000 species names in literature worldwide, of which 190,400 (45%) were deemed duplicate identities. One species of sea snail alone had 113 different names!

WoRMS editors have reduced the number of species currently known to science to 228,450. About 195,000 (86%) of them are sea animals, including just over 18,000 species of fish described since the mid-1700s, more than 1,800 sea stars, 816 squid, 93 whales and dolphins and 8,900 clams and other bivalves. The rest are species of kelp, seaweeds and other plants, bacteria, viruses, fungi and single cell organisms.

An estimated 10,000 or more new-to-science species are in laboratory jars around the world today still waiting to be described.

The Gobiidae family of gobies boasts the most new species added since 2008 with 131, followed by the Liparidae family of snailfish with 52.