The new Nationwide Goldfish Standards were used for the first time at a recent show in Northampton.

All members of the Nationwide Goldfish groups took part. These are currently the Northern Goldfish and Pondkeepers Society (NGPS), Association of Midland Goldfish Keepers (AMGK), North East Goldfish Society (NEGK) and Bristol Aquarist Society (BAS). Scottish aquarists are involved too — in fact anyone who keeps goldfish.

These goldfish clubs have all agreed on specific standards for the many varieties of goldfish:

The Nationwide members had 205 entries in the 57 Classes. There was also an auction with over 50 goldfish from the four societies’ members. Hot and cold food and drinks were available all day, plus a grand raffle. 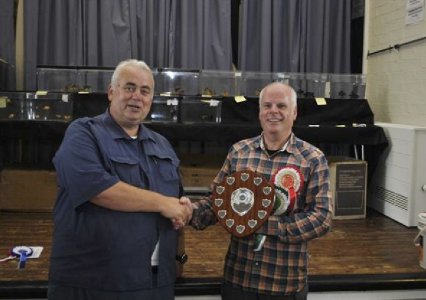 The prizes were awarded by Sherridan Moores (Chairman NGPS) and here he is (left) presenting Pat Davies of AMGK with the Nationwide Award for 'Best Breeders Team Bred 2014' which was also awarded 'Best Exhibit in Show' — so he received two Award Shields.

The actual winning fish were a team of four Moors, pictured at the top of the page. 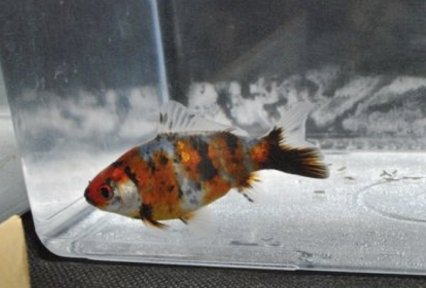 The Best Single Adult Fish was a London Shubunkin bred by Brian Parkin (NGPS) — pictured below receiving his award from Sherridan Moores. 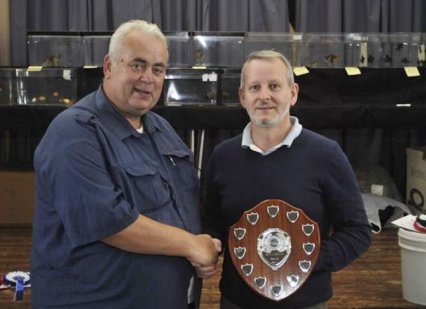 There were many more Firsts in each of the 57 Classes; not only from the four Nationwide societies, but also by independent aquarists because it was an Open Show...however, all are Nationwide goldfish!

Below are some of the other winning fish from the show. 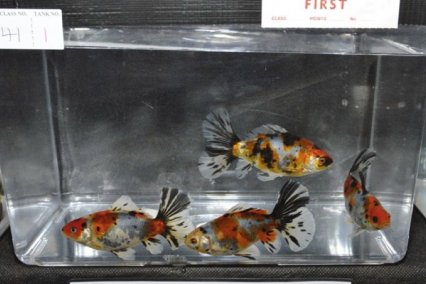 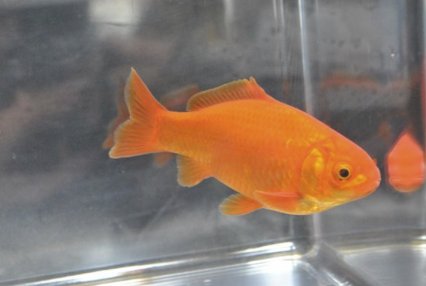 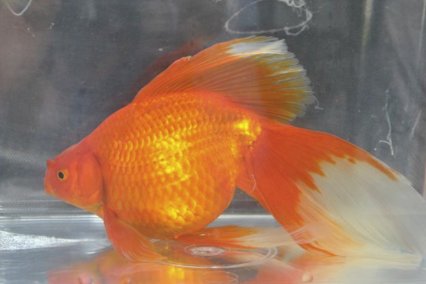 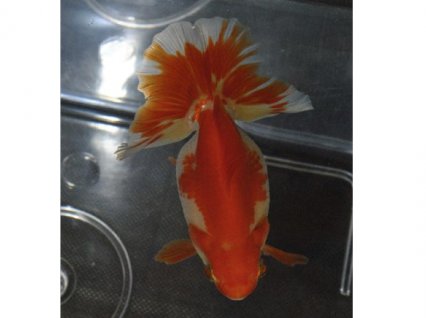 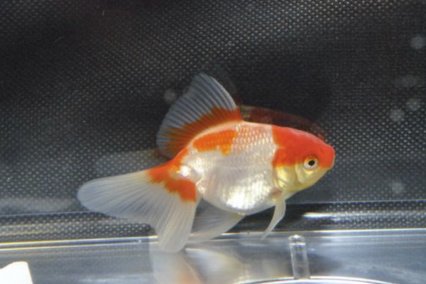 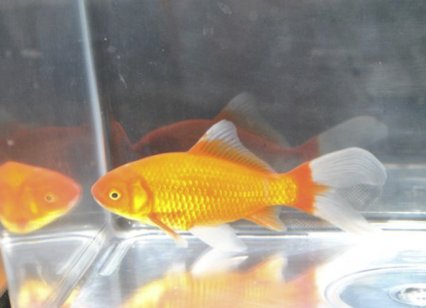 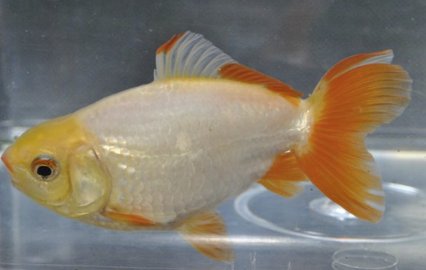 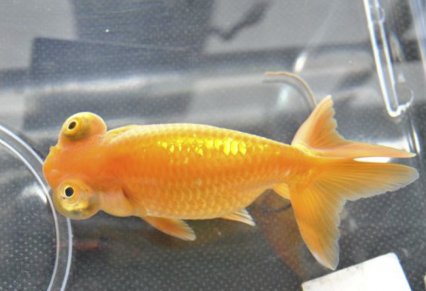