Fancy having your name on a coral reef? The inventors of some tiny reef-repairing robots are looking for donations to help start their development, and in return you could have your name on one of the robots â€” or even a reconstructed coral reef!

PFK reported on the coralbots last year. They've been developed to work as a team, with each robot individually following simple rules to piece together damaged pieces of coral, allowing them to regrow. 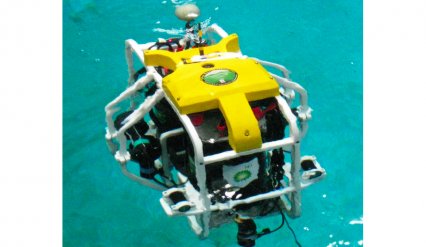 Coralbots (pictured above) were developed by a team of researchers at Heriot-Watt University in Edinburgh, the project providing an innovative solution to restore the function of both shallow and deep reefs worldwide.

For $1,000/£654.70 or more your name will be etched on a stone that will become part of the structure of the team's first reconstructed reef — expected to take place by October 2014.