Staff at Dogs Trust in West London usually rehomes and provides care for four-legged friends, but the Uxbridge-based charity has offered a new home to a goldfish called Maverick, previously owned by local Paralympian Jordanne Whiley.

Jordanne was devastated when she returned home from a weekend away and discovered that her pond had been destroyed by Storm Doris, with her Koi not surviving the extreme weather.

“I couldn’t believe what had happened,” she explains. “The storm had pushed over a canopy into the pond in my garden, causing the majority of the water to drain out. The Koi were lying motionless in the bottom and sadly didn’t make it; however I could see that Maverick, the large goldfish, was still faintly breathing. He had ended up in the only pocket of water that was left in the pond.” 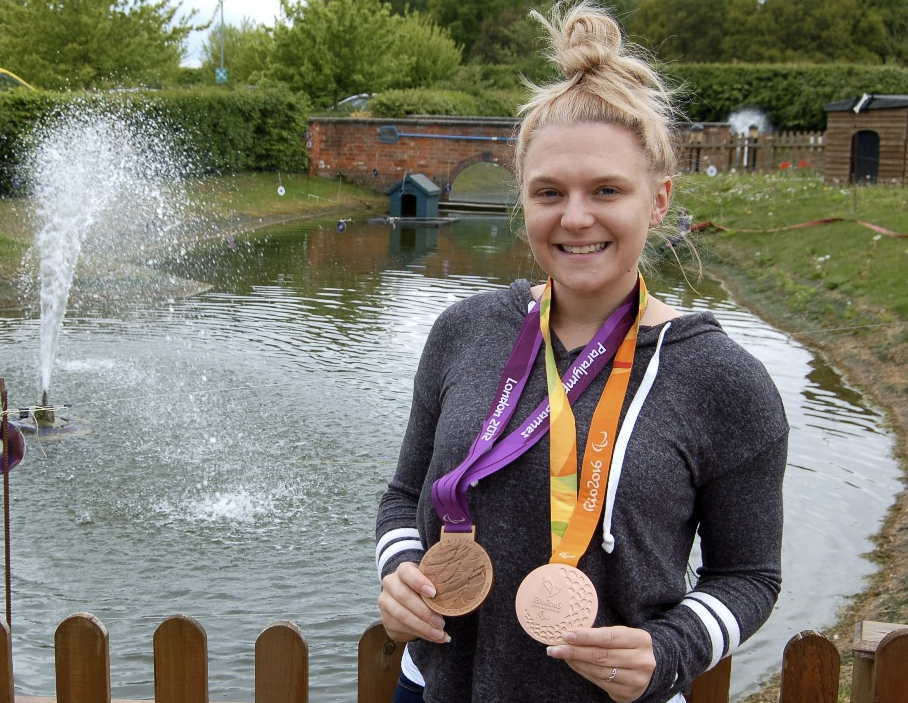 Not wanting to leave Maverick all on his lonesome in the pond, Jordanne approached her local Dogs Trust to host an unlikely resident — she knew the charity had a large pond in its grounds, as she volunteers at the rehoming centre every Sunday and Monday, helping out in the tea rooms. So now she gets to see Maverick with his fishy friends in his new home every week.

With an impressive list of sporting accolades under her belt, Jordanne received a bronze medal in Women’s Doubles at last year’s Rio Paralympic Games. The 24-year-old has also been crowned Wimbledon Ladies Wheelchair Doubles Champion for the last three consecutive years.

If you are interested in becoming a volunteer or offering any homeless hounds a loving home, please call Dogs Trust Harefield on 0300 303 0292 or visit www.dogstrust.org.uk for more information.