Does the future depend on marine reserves? In the search for an answer to impending eco-meltdown, Dr Gordon Watson believes we can yet save the seas and their inhabitants.

However, fishing has had the biggest direct impact and technological advances have accelerated the rate of change and over-exploitation.

Analysis of 40 years of global data has shown that average catches are falling and many non-target species — including whales, dolphins and seabirds - are also affected as they are being trapped in fishing gear.

The marine aquarium trade differs from commercial fishing as the organisms caught have to remain alive and in good condition for sale. However, it can suffer similar problems and target species suffer localised declines.

In the Philippines reductions in coral cover and coral density occurred in an area heavily harvested, and studies from Hawaii showed that numbers in seven out of ten fish species were lower at collection sites than control areas. There were up to 75% losses for species such as the Four-spot butterfly (Chaetodon quadrimaculatus).

Underwater visual surveys in the Philippines have revealed densities of both anemonefish and anemones significantly lower in exploited areas. 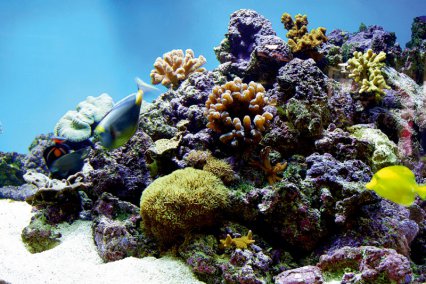 An estimated 53 million animals each year are traded, including 70-100 tonnes of marine fish. In isolation these figures seem high, but if compared to exploiting the reefs for food this represents only 0.0001% of the harvest.

The impacts of the marine aquarium trade do not compare to the commercial fishing industry, but there is growing concern that some practices and collections of certain species may be unsustainable.

The marine environment is managed in an uncoordinated and reactive fashion. Some countries are very good, but others have ineffective systems,  show a lack of enforcement or have weak legislation.

The issue of who owns the sea also compounds the problem, as most of the oceans remain outside territorial seas — and without ownership there is no basis for responsibility.

Until recently most management systems focussed on individual commercial species without considering the broader consequences for the environment.

Many countries are now implementing programmes for sustainable resource management and understand that protection must encompass not just the target species but the associated biodiversity and habitats.

This ecosystem approach is the cornerstone of the establishment of Marine Protected Areas (MPAs).

Each is an area in which certain uses are regulated to protect natural resources, biodiversity, or human livelihoods, and managed through legal or other effective means.

Yet many different levels of protection and management systems can be classed as an MPA. The Great Barrier Reef is the world’s largest, but less than 5% is a no-take zone.

Areas where removal of any resource (biotic or mineral) is prohibited are termed marine reserves and these are perhaps the most recognised but not that common.

By contrast, half the MPAs in the Mediterranean allow commercial and amateur fishing, while 99.5% of the Florida Keys’ Marine Sanctuary provides no protection for any species. 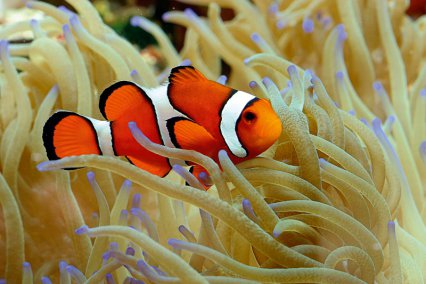 Establishing an MPA
Effective management is linked to well-designed monitoring and evaluation systems. This leads to questions in the development of a Marine Protected Area (MPA).

Early MPAs were established with little scientific investigation as to what they were trying to protect. They involved limited planning and did not have clear objectives that performance could be measured against.

With objectives in mind, computer modelling and expert opinion can help make a decision. Which one is dependent on many factors, but the more scientific information available the more informed the decision.

Protecting a coral reef or part of it is relatively easy, as limits can be physically defined. However, many species are highly mobile and this makes understanding a species’ biology crucial.

Banning fishing on a reef would have no impact on protection if the mangrove systems used for spawning and juvenile nurseries were also being destroyed.

Generally the larger the area the more likely it is to provide benefits and meet objectives.  However, the greater the protected area the smaller the area for other users, such as the collectors/fishermen.

So what is the minimum size of MPA needed to achieve its objective?  Most experts think that at least 20% of each habitat needs protection to provide at least some degree of support for fisheries and biodiversity.

Replicating habitats in a number of MPAs rather than one single large one is also seen as more robust in response to catastrophic events such as an oil spill.

Establishing MPAs is not straightforward.  All stakeholders - collectors, villagers, wholesalers, local and government officials, scientists, regulators/managers and conservationists - must be involved.

Although management can be led by a government’s fishery authority, the most successful method often directly involves the collectors and devolving legal power and policing to the community.

In addition, 'value for money' and a 'return on investment' are now demanded from nearly all projects. Costs of conservation schemes are difficult to calculate, but the negotiation process with stakeholders to establish a network of reserves in California, which did not include implementation, enforcement and management, was more than US$1m/£610,000.

These might seem significant, but catch increases of only 2-10% would cover all the running costs of most reserves. 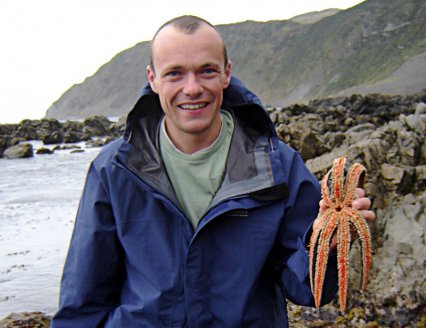 Dr Gordon Watson is principal lecturer in biological studies at the University of Portsmouth and his research interests include the effects of pollutants and other human impacts on invertebrate reproduction.

Do MPAs work?
Results of studies from more than 80 marine reserves found that density, biomass, organism size and diversity of species overwhelmingly increased for all functional groups: herbivores, carnivores and invertebrates.

Creating an MPA generally appears to double density, nearly triple the biomass and raise organism size and biodiversity by 20-30%, relative to unprotected areas.

Some MPAs have spill-over effects which are crucial in 'selling' the concept to fishermen and collectors who see the loss of a fishing area as a loss of income.

Are there any examples we can take from the marine aquarium trade?
Not many, but a network of MPAs in West Hawaii, covering some 35% of the coastline, were closed to collectors in 2000.

After only three years, the Yellow tang and Potter’s angel (Centropyge potteri) had shown significant increases in numbers relative to reference areas - and the average density of all aquarium fishes had increased by 26%. This was effectively a figure back to pre-exploitation levels.

Action needs to be taken now to ensure hobby sustainability, protecting species and habitats, especially as coral reefs are coming under increasing pressure from other uses.

So far, formal control has been through trade collection restrictions. Many corals are already on the CITES Appendix II list and trade in these is heavily regulated.

However, the example of this fish shows that unless other methods, such as MPAs and aquaculture, are adopted then trade in many more species could be reduced by imposing strict regulations.

What can the hobbyist do?
MPAs offer hope to the marine ornamental trade and these are part of the MAC (Marine Aquarium Council) certification procedure. Buying stock from MAC-certified sources shows you are supporting the expansion of MPAs and enjoying related benefits.

Try to eat fish from sustainable fisheries as listed by the Marine Stewardship Council (www.msc.org) and lobby your MP to strengthen the UK’s Marine Bill, ensuring that marine reserves are included. Visit www.marinereservesnow.org.uk