Do you use people food? We've heard of fish being fed on some pretty strange things over the years — and not all of it good! Nathan Hill is keen to find out what other 'people' foods end up in the aquarium!

Yes, my opening title is a terrible butchering of grammar, but now I’ve got your attention I can get to the point.

I’m interested to know what food treats aquarists give their fish. Not fishy treats, we’ve all been there and done that. We’ve all caught a fly, had a moment where we thought ‘What would Muttley do?’ and then thrown it into an aquarium to watch it get dragged under, screaming as it’s pulled down into its watery grave.

And we’ve probably all experimented with greenery too. Retailers will often have a slice of courgette or cucumber weighted down at the bottom of their tanks, smothered in catfish like some swarm of underwater bees.

We’ll likely have played with a pea or two, as well. A great bit of fibre for catfish and goldies (and many more besides), there’s something rewarding about squishing a pea out of its protective skin-jacket, and seeing the fish guzzle it down. I used to even have a Sailfin plec back in the day that would feed directly from the fingers if you gave him a pea. An oddly ticklish sensation, that sandpaper skin, but alarmingly abrasive when he’d decided he’d had enough and wanted me out of the way.

No, I want to know all about the truly human foods. Not so much the naturally growing things, but the stuff that you and I might class as junk. 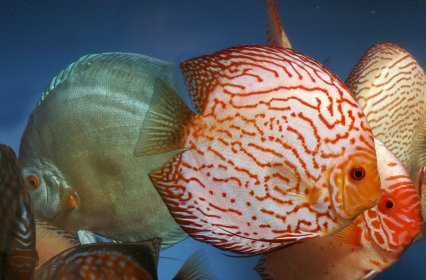 I’m wondering if there might still be a beef heart debate, which I myself used to be on the ‘anti’ side of. My mentality was simple enough, and based around the saturating properties of fats of both fishy and terrestrial origin.

My mindset was that fish fat and terrestrial animal fats behaved differently. Don’t believe me? Then go get some fish oil, and then go get some beef fat out of a frying pan, stick them each in a dish and pop them in the fridge. By morning, one will be solid, but the fish will still be liquid.

So, for years, armed with this rather useless piece of anecdote, I managed to convince myself that beef heart was the worst thing in the whole universe. Of course, heavily saturated fats are bad, but then hearts aren’t really brimming with the stuff. Especially not once they’ve been trimmed. Beef heart is now considered to be a superb food for fish by many hobbyists, yet interestingly still has its ardent haters out there.

The real icing on the cake was a few months back when I witnessed the Stendker Discus down at Devotedly Discus in Sussex. Stendker heavily advocates the use of heart as a food, and if you see the fish being produced on the back of this diet then, like me, you’ll realise that any reservation is pretty unjustified. Them’s some of the best fish I’ve ever clapped eyes upon, so beef heart can’t be all bad.

Either way, I’ll leave it to other chaps to battle out whether beef heart is good or bad in the comments section below. I’m going with good, but what the hey.

And so, what about the real non-natural stuff? What about the foods that a fish will never come across, unless there happens to be a flood in Asda, flushing all of the stock into a nearby lake? 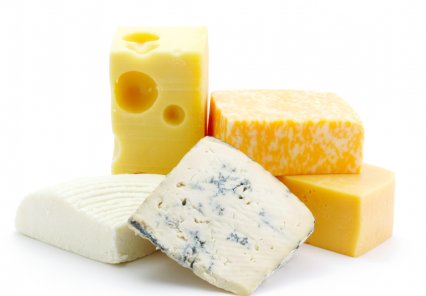 I’ve heard some absolute pearlers, and alarmingly not just from the ‘good ol’ days’ when people didn’t really know better. Even this week I’ve heard of a person claiming to fatten up their cichlids on cheese, as well as a catfish keeper who swears by the use of the occasional slice of bacon – cooked.

Well, from my perspective, I’m thinking cheese is a pretty awful idea. Two words spring to mind initially – lactose intolerance. It’s only mammals (as far as I’m aware) who have had any evolutionary imperative to develop a tolerance for lactose, and even then often only in the juveniles of the species. As much as I’m racking my brains, I honestly cannot muster up an image of any fish that has breasts and feeds its young with milk. Although, I will confess that the mental image is hysterical.

But then, on the flipside, I know of divers that take out cans of squirty cheese with them when they go out to the reefs. The inhabitants lap it up, and seem none the worse for the experience.

As for bacon. Um, salt? Salt and fat, now I think of it. Especially if using the rind. 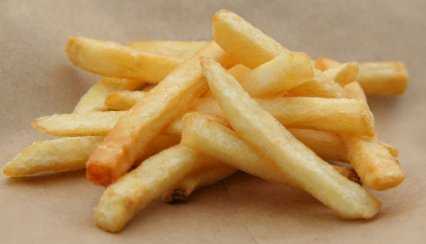 But the list goes on. Chips get mentioned a lot (and I mean a silly amount), as do crisps. Bread seems to get hurled in with goldfish, along with oats (and I can’t help to think that these are going to swell up.) 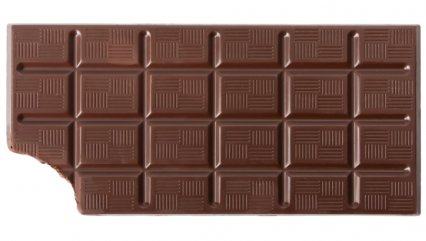 Some aquarists treat their fish to a crumb of chocolate. I had a quick trawl about to see if there was some kind of scientific paper ever involving fish feeding on chocolate being good or bad, but didn’t get anything. I found something on rats, pointing out that over the course of a year, fed 50 times the amount per kilo of typical human consumption, per year, there were absolutely no adverse effects at all. So I’m on the fence. In the meantime – lucky rats…

Hotdogs get a mention for larger fish, but if I’m honest, when I look at half of the crap that goes into those processed logs, I wouldn’t touch them myself, let alone subject another animal to them. Fats again, alongside an unhealthy glub of salt, makes these an unappealing prospect.

So let’s cut to the chase. What’s the oddest thing that you’ve either fed to a fish, or have heard of being fed to a fish? Why did you/they do it, and most importantly of all, what was the outcome? Did the fish live? Did it die? Is it still going strong now?

I’m genuinely fascinated to know who’s feeding what and why.

Oh, and before I feel the wrath of some pedant, let me make it clear that I’m not endorsing anything here. I’m just sat in the safe, comfy ambiguous middle ground asking who’s feeding what.