The DD Nano Glo is about the same size as a packet of playing cards and features four powerful high output LEDs with large lenses. The product attaches to the outside of the aquarium via a magnet with the bulbs pointing inwards.

The idea is that reefkeepers can attach the NanoGlo LED light to the rear of their DD Nano aquarium and turn the rear chamber into a refugium, allowing the growth of Chaetomorpha algae (popularly known as Chaeto) to aid the biological functioning of the tank. 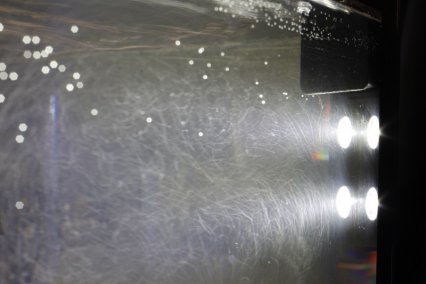 DD told Practical Fishkeeping that the units could also be used above the tank and could be attached to glass stress bars to give a spot lighting effect.

The units are available immediately after Interzoo, but prices have yet to be confirmed.