A recent discovery reveals that cuttlefish have the most acute polarisation vision known in any animal.

We already know that cuttlefish are amazing creatures that possess fantastic colour changing camouflage abilities, and now researchers from the University of Bristol have been testing the eyesight of cuttlefish by showing them movies on LCD screens.

Although colour-blind, Cuttlefish, squid and octopus see aspects of light that are invisible to the human eye.  Polarised light is one of those aspects, and this provides the animals with a covert communication channel.  The study published in Current Biology finds that cuttlefish are much more sensitive to polarisation than previously thought.

Lead researcher Dr Shelby Temple from the Ecology of Vision Laboratory at the University of Bristol said: "Just like colour and intensity, polarisation is an aspect of light that can provide animals with information about the world around them. If you've ever put on a pair of polarised sunglasses to cut the glare from water or the road, or gone to a recent 3D movie, then you've observed some aspects of polarised light."

The team worked with The University of Queensland, Australia to give the cuttlefish an eye examination; measuring the smallest difference in the angle of polarisation detected by the cuttlefish instead of acuity.

Naturally, the cuttlefish could not tell the researchers what they were seeing, so the team utilised the cuttlefish’s superior camouflage as a measurement of whether the animals were able to detect polarised stimuli.

"Cuttlefish were much more sensitive than we expected. It was previously thought that polarisation sensitivity was limited to about 10-20 degree differences, but we found that cuttlefish could respond to differences as small as one degree." 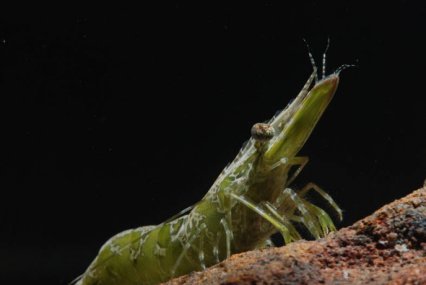 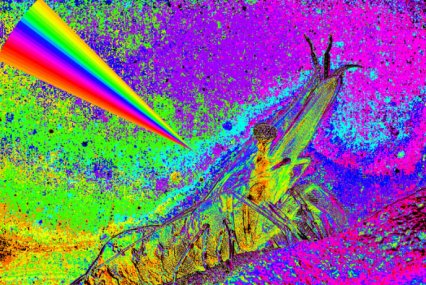 The team also modelled how underwater scenes might look to animals possessing high-definition polarised vision. By using colours, they created images of a polarised world that was visible to humans and showed that the polarised dimension has much more information available than what was previously known.

Co-author Professor Justin Marshall of The University of Queensland said: "These extraordinary findings suggest that we need to re-examine how we have been measuring the visual world underwater. Cuttlefish may be using the polarisation of light much like we use colour, which means we may need to look at camouflage and communication underwater in a whole new way."