Work on the controversial Belo Monte dam on the Rio Xingu in Brazil is to start again after a judge revoked a decision he made in September to halt the project.

Previously Judge Carlos Castro Martins had ruled in favour of a local fisheries group and issued an order that barred all work on the dam that would interfere with the natural flow of the Xingu, agreeing that the proposed work would affect fish stocks and harm indigenous people who depend on fishing for a living.

However the company involved in the project, Norte Energia, appealed against this decision and presented Judge Martins with new evidence to support their project.

Judge Martins has now ruled that work can go ahead as Norte Energia have satisfied him that the construction would not hinder or block the fishermen's work. He also believed that the work would not have a serious impact on the habitat of the ornamental fish species that the fishermen depend on, while the environmental impact of the project would not be known until it has been completed, dismissing studies into the dam's potential effects on the river's wildlife as merely forecasts of what could happen.

Judge Martins also noted that any work would still have to comply with the regulations put in place by both the National Environment Agency and Brazil's Indian Affairs Department which he believed would help protect the interests of both the indigenous people and the fish and wildlife they depend upon found in the area.

If completed the project will become the third largest hydro-electric dam in the world, which the government considers vital in helping meet the country's growing energy needs. 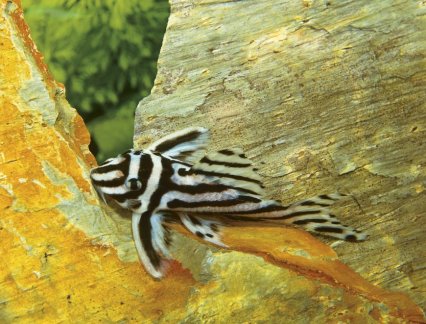 Environmentalists have criticised the project at all stages, pointing out the potential destruction to habitat and species found in the region, many of which are unique to the area, such as the Zebra plec, Hypancistrus zebra.