Classifieds - a bargain for everyone but the fish! Since I've had a little free time, I've dipped a toe back in to retail - only a day here, a day there, you understand - getting a feel for what the trends are. And my, hasn't it all changed in just a few short years, writes Nathan Hill.

Here's the most interesting thing I'm seeing – large scale fish massacres. Whole tanks full at a time. That sounds like hyperbole, but I can assure you, I'm not just playing up to what media outlets like to do. I'm not exaggerating for wow factor, nor am I trying to turn myself into clickbait with that statement. There's a world of slaughter going on, and it's shameful.

Let's cut to the chase. Back in the olden golden, you had two avenues to get tanks and livestock. One was the confederacy of clubs and passionate amateurs around the country. But you had to be 'in' to get hold of anything, and to be in, it was generally a pre-requisite that you knew what you were doing.

The other way was through a retailer, the overworked, unsung and heavily defamed grafters of the industry. And when you went to a retailer, assuming he or she wasn't a cash-hogging blagger, you'd generally get interrogated when you wanted livestock. I've said this before, and I'll repeat it now: the single, most unique point about aquatic retail is that unlike any other profession in the world, the customers may be told in no uncertain terms that they cannot have what they want. Just think about that. I can go in to a store that sells anything, point at something, flash a handful of loot, and walk out with it. If I want to buy an ill fitting tutu, fifty gallons of acetone, or a rare painting just so I can doodle on it – money talks. But if I rock up and ask for a goldfish to stick in a bowl, I will, for the first time in my shopping life, be told that I'm not allowed. Ouch.

But now, the affronted customer needn't put up with that kind of audacity. Hell, they needn't even pay full retail prices, if they fancy a gamble. And in the mindset of the first-time, lay aquarist, why not? An awful lot of the casual and fledgling fishkeepers I'm conversing with today look at fish more like a commodity than ever. So where do they go to stock up on their 'disposable' fish?

'No income tax, no VAT, no money back, no guarantee' – that was the language of Only Fools and Horses (I'll wager you sang that line, too. Go back and read it again. That tune will be with you all day now). The writers of that old comedy perhaps don't know how on the ball (or visionary) they were. Markets have changed. Many an undeclared bedroom breeder can hurl out Endler's guppies online, or groom up a tank load of convicts. Stick on the postage, offer a price, and there you go – no questions asked, and no refunds.

Of course, some will stop and ask you questions. The really good ones will provide a list of conditions you should meet before buying, and vet you as far as they can remotely. But they are the minority, and they should get a collective round of applause from us all. For others, the money goes in, the fish goes out, and not a question is asked.

Basically, the whole ethical underpinning that the trade has been steering towards over the decades has become undermined, and a new approach is required. I just don't know what that new approach is. I'm open to suggestions. 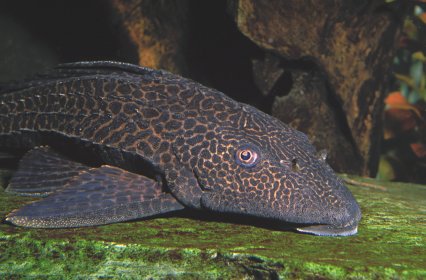 The other aspect of used tank/fish sales is that it has given a second wind to borderline (and actual) tankbusters. Several times now, I have been asked about rehoming an overgrown plec, pacu or tinfoil barb coming as part of the parcel with someone's online purchase. Second hand tanks are everywhere, providing bargains for those in the know, and death and destruction for those who don't. I even know of one lady who has acquired – and killed – several tanks worth of fishes, marine and fresh, without once setting foot in an aquatic store. When I first talked to her about it, her naivety was painful. It wasn't so much she'd never had the nitrogen cycle explained to her, it was that she hadn't even heard of ammonia. I wish I was joking.

Straight up. Fish are dying at the hands of keepers who don't know what they're even doing wrong, and there's seemingly nothing the trade can do to stop it. Big fish are going homeless, or being sold on without vetting. Small fish are being moved around with stripped set ups, to be hammered by the resulting new tank syndrome. Keen amateurs are a species step away from making puppy farms, with no recourse or accountability for their stock once it flies out in the post. Responsibility is flagging. Rescue centres are stretched to crisis points.

So what am I actually proposing here? I have no idea, other than to make everyone aware of how bad the problem is becoming. Perhaps I could even side with the devil and do a care sheet, that people could pass around on facebook and other social media. A kind of sticky of information that gets stuck to every transaction. But even then, it'd be no better than the old 'Piracy labels' that they optimistically put on DVDs – those who don't have an interest in doing the right thing would have no reason to make people aware. I'm not sure anyone's going to turn this oil tanker around overnight. 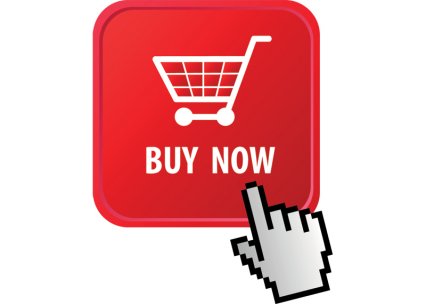 For now, I'm just going to ask that perhaps anyone who might be reading this take stock. If you're an online seller, getting shot of stock on a facebook page, or forum somewhere, then please try to make things as explicit as possible. Assume your customer knows absolutely nothing. Ask difficult questions. And if your client gives an unsatisfactory answer, then maybe say no to the sale. It has taken a long while to get the trade to the moral level its at, and every transaction that goes without vetting erodes its integrity. I know as well as anyone that it's an impossible aim to 'police' private sales, and that's not what I'm advocating. But we can all play a role in increasing awareness.

Oh, and to the good private sellers out there, I offer a very sincere thank you. Your efforts aren't going unnoticed.