A new species of gnathiid isopod â€” a small parasitic crustacean â€” has been named after the late reggae star Bob Marley.

Sikkel said, "I named this species, which is truly a natural wonder, after Marley because of my respect and admiration for Marley's music. Plus, this species is as uniquely Caribbean as was Marley."

Gnathia marleyi is a new species within the gnathiid family, and the first new species to be described in the Caribbean in more than two decades. 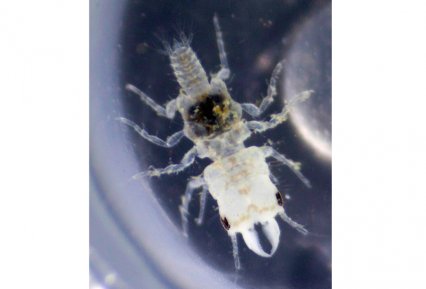 By concealing themselves within coral rubble, sea sponge or algae, juvenile Gnathia marleyi are able to launch surprise attacks on fish and then infest them. Sikkel explained that adult gnathiids do not feed at all. "We believe that adults subsist for two to three weeks on the last feedings they had as juveniles and then die, hopefully after they have reproduced."

"Gnathiids, in general, are the most common external parasites found on coral reefs and are ecologically similar to land-based blood-sucking ticks or disease-carrying mosquitoes. Gnathiids live on the ocean floor from pole to pole, and from shallow reefs to the abyss - and everywhere between. They are also the most important food item for cleaner fishes and thus key to understanding marine cleaning symbioses."

Sikkel explained that his research group is interested in the combined ecological effects of fishing pressure and reef degradation. "We suspect that coral degradation leads to more available habitat for external parasites to ‘launch attacks' on host fishes," he said. "And as the number of potential host fish decreases, each remaining host will become more heavily parasitised."

This research was partly funded by the National Science Foundation (NSF) — you can read more about it on the NSF website.