Bradford and DAS event is a record success The Bradford and DAS Open Show and auction had the club's highest number of entries ever.

In these austerity times it seems the aquatic clubs are becoming more popular again.

Aquarium-keeping is a home hobby and so less expensive than those hobbies needing travel costs. Once the delights of fishkeeping are known, it is logical to join the local club and meet fellow aquarists.

The annual Open Show these days usually involves an auction where bargains galore can help the budgets. Here is a classic example by the Yorkshire enthusiasts:

Held at the imposing Bradford Academy in Bradford, their annual Open Show and Auction had a record-breaking 438 entries. The auction too had their highest number of items. Over 100 audience bid for these items with auctioneer Steve Jones (YAAS); it took more than five hours! 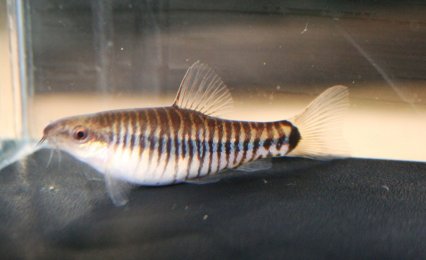