Boxer Amir Khan has joined the growing list of sporting fishkeepers after he revealed a hitherto unknown passion for fishkeeping by splashing out Â£3200 on a single fish.

According to the Daily Star, the WBA Super and IBF Light Welterweight Champion revealed his love for marine fish after spending big to grab a specimen of the gorgeous Gem tang, Zebrasoma gemmatum, one of the rarest and most sought after species in the hobby. 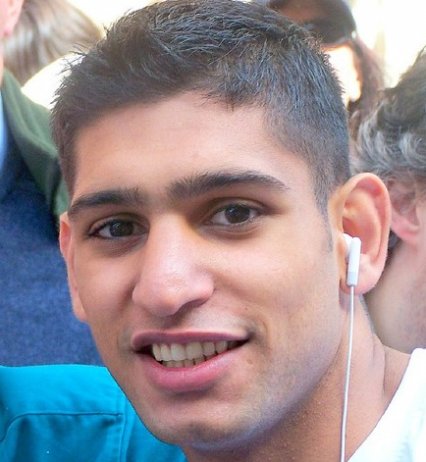 Apparently the Bolton-born fighter finds his new pets relaxing which is probably a good thing as he prepares for a defence of his world titles against American pugilist Lamont Peterson in Washington D.C. this December.

However fellow Premier League footballer Joey Barton may be leaving the hobby after his move south from Newcastle to QPR. According to reports his Tyneside home is on the market for £1.4m but he is asking for a further £100,000 if the sale includes his custom built 2.9m/9' 6" aquarium which is surrounded by bespoke, handmade walnut furniture.