Best in show: The highlights at AQUA 2013 The PFK team is freshly back from the AQUA trade show in Telford, Europe's biggest aquatic only show. Jeremy Gay looks at this year's trends and some of the new products that are likely to be turning up in aquatic shops soon...

AQUA 2013 was a huge success. Visitor numbers were up 9.3% on 2011, according to the official show blurb, but in terms of how important it was both for the UK's aquatic stores and their suppliers, and eventually us, the hobbyists, you can't put a figure on it. It's such a big deal.

So I'm still buzzing from it now — and why? Because everyone was buzzing about it both before and at the show and everyone fed off that excitement to make it a great event. 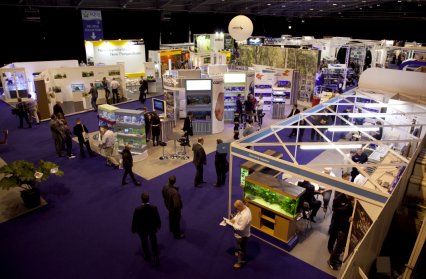 Millions of pounds of orders would have been processed over the two-day event at Telford's International Centre, and the products presented, and who bought them, will be shaping the UK aquatics hobby for many years to come. 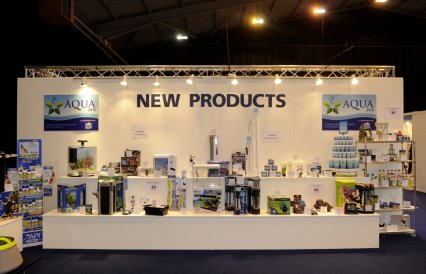 Trends
So what did we see the most of? LED lighting of course, with every man and his dog getting involved in LED, at all specifications, qualities and price points. I must remember to take sunglasses to the next show I attend.

That was no surprise though, and all we can say is that the consumer will have a baffling choice of lighting in the future, the likes of which we've never seen before in the lighting sector.

It used to be just fluorescent or metal halide, with the odd tungsten or halogen lamp here and there. Those were the formats and you just chose your make, model and size from perhaps half a dozen popular brands, who could all use each other's fixtures and light starters, but not any more.

Now everyone has their own model, with its own design, build and power pack and none of them work with anyone's power supply. But with so many models all competing for the same customer, each LED has its own USP (unique selling point), which technical writer Nathan Hill and I will be wading through for the next few years, attempting to narrow down what we recommend to our readers to go out and buy, sorting the wheat from the chaff, and telling people which features are worth bothering with and which features aren't. 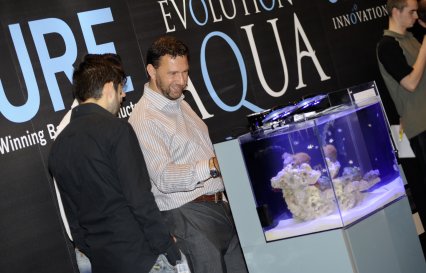 Minimalist, optiwhite, rimless aquariums were the next very visible trend. Most of us are aware of the originals — ADA tanks, and the now familiar others like the Signature range from TMC, but this October's AQUA had at least another six significant ranges, from large, well known suppliers, all ready to roll out into the UK.

Aqua One, Evolution Aqua, Arcadia and wholesaler ALF were just a few of the big names to launch beautiful optiwhite aquarium ranges and cabinets, which will be available to buy in the very near future. 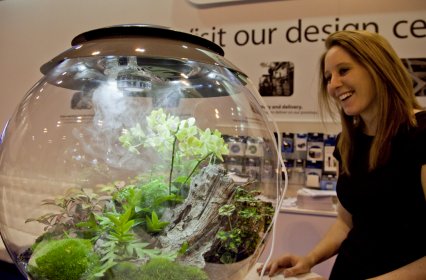 And I promise not to do this ever again, but one of the real stand out products of the whole show isn't actually aimed at fishkeeping at all — the biOrb AIR.

Some may feel that PFK has had little to praise about some Reef One products in the past. As practical fishkeepers we tend to much prefer more traditional styles of aquarium and of the many biOrbs we've set up and run long-term over the years, we always thought the light was quite dim, the tanks scratched easily and the view of the fish distorted — that and the fact that newcomers want to put goldfish in them. But take a biOrb carcass, really re-engineer it into a completely new product — a planted terrarium — and the AIR is not only a thing of beauty and incredibly easy on the eye, it's well thought out, well-engineered and, well, a revolutionary product.

So by weird default both Nathan's and my own product of the show is actually not an aquarium! Sorry, fishkeepers - it just wowed us, and we know that so many of you will be wowed by them too. 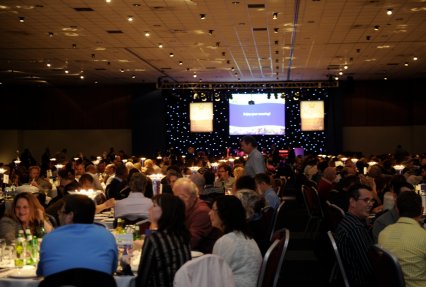 PFK was a huge part of the show, giving seminars to traders on hobbyist trends, presenting a handful of our Readers' poll winners' awards in front of 660 top industry people at the dinner and basically stopping hundreds of times over the two-day event to chat to all the people who know us — so many people that we didn't even get to see every exhibitor — far from it in fact. 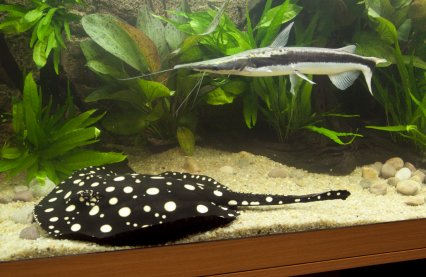 So what I need from all the exhibitors who went to AQUA is a list of their new product launches, the info and pictures, as I'm bogged down in hundreds of leads and if they don't contact me they may get left out of our print magazine coverage. If you want your product launches shown off in a future issue of Britain's biggest-selling fishkeeping magazine by miles, get in touch with me at my usual address. 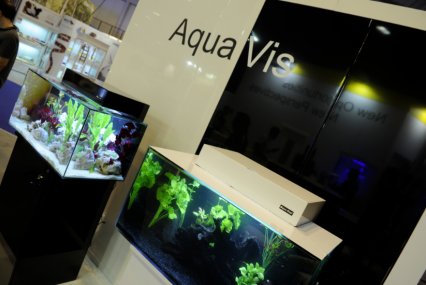 Back to the products. Aqua One showed off its version of a huge Fluval Edge, which holds well over 100 l/22 gal of water at a guess, and was about 90cm/3' in length. JBL had both a smaller and an extra large external filter to add to its range and one product I spotted near the end of the show was an Eden external filter with an ordinary heater thermostat which sits inside it via the head unit. I'd like to try one of those out for sure. 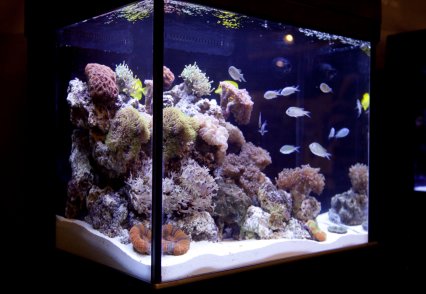 Marine keepers would have loved AQUA as there were so many great looking, reef-ready aquarium packages, both sumped and without, some incredibly colourful LED lights which will literally transform even an ordinary looking reef display, and loads of new test kits, skimmers, foods, pumps and alternatives to living rock.

There weren't the freshwater shrimp-related products I thought there might be, like on the continent, but still several plant suppliers and some nice decor.

The highlight in pond was the largest fibreglass, pre-formed pond I've ever seen but better still, it's modular and extendable. 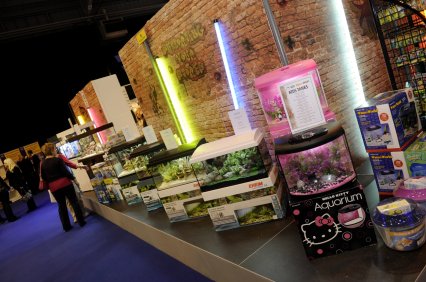 The winner for me was the vast range of aquariums though, from tiny, really smart and clever Hugo Kamishi glass tanks up to some much larger, really contemporary and genuinely new reef and freshwater tanks from many suppliers. I'd start saving now If I was you, fishkeepers, as if you're in the market to buy a new tank over the next few months you're going to be in for a real treat.

So much, much more to come in the print version of Practical Fishkeeping over the next few months, and expect to see some real beauties of pond and aquarium products rolling out into the UK's shops and websites very soon.