Do you ever give a thought to where your fish have actually come from before they arrive at the aquatic shop? Nathan Hill considers wild caught vs. farm bred fish.

There’s a scene I see in shops over and over again that always leaves me chuckling. A customer will be buying up a fish, maybe a handful of guppies or some Corydoras, and as the fish are bagged up they’ll ask, "They will be alright for the journey, won’t they? We’ve a long way to travel…"

"How long?" the retailer will ask.

To me, this sets the scene for a clash between the fictional element of much of the fish trade, and the reality. A lot of newcomers in particular, it seems, are simply not aware of the logistical aspects of the trade — that fish are routinely transported from halfway around the world, to then eventually work their way down the chain until they finally end up safe and sound nestled in underwater castles, set for life with three square meals a day.

They have a lack of beliefs about where the fish originate, because they’ve never investigated the subject. For many, the behind the scenes of fishkeeping is analogous to supermarket foods, where it’s almost impossible to believe that trays of apples, on beds of Styrofoam, and snuggled up under cellophane duvets were once connected to anything resembling a tree. 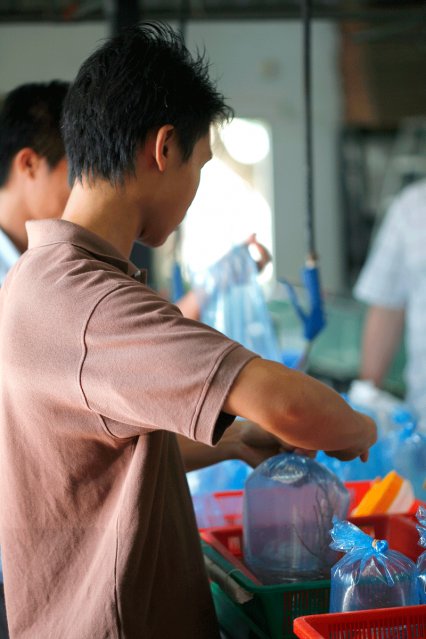 As such, for many a lay fishkeeper, the discussions between wild caught over farmed fish are something that they’ll never be aware of, let alone engage with. And yet, every time a fish is purchased, a customer is making a small and oblivious vote between one of these two options. They’ll be unaware of the pros and cons of either camp, and often blissfully so. But alas, ignorance is often anything but blissful, at least to those who rely on the trade for their incomes.

The chain of trade goes back quite a way. We see the fish in their final forms in shop aquaria, but we don’t see those at the first link. We don’t see the people who own farms, large or small, and we don’t see the peasantfolk who supplement their incomes buy holding ornamentals in troughs, waiting for the boats to come and trade dollars for livestock. In fact, we only really see the end results.

The problem is that when the issue does eventually get raised, many people knee-jerk straight away and make the automatic assumption that anything that is harvested from the wild is in some way destroying the planet. 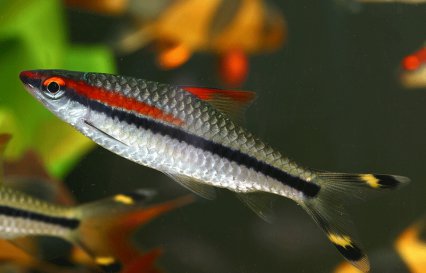 And in fairness, there are some unfortunate examples that uphold this view. Take the case of the Denison’s barb, Puntius denisonii, for example. This is a fish that we know the trade impacted on very negatively. In fact, over the period of their popularity, their wild numbers were reduced by 50% or more, eventually placing them on the IUCN red list of species as ‘endangered’. Reckless collectors, desperate for a quick buck, did unmentionable damage to their populations, but that’s not to say this couldn’t have been avoided. Surely, this is just bad management?

Going on the South American models, such as those involved with Project Piaba, responsible wild fish collection is not only easily managed, but also helps to sustain environments. Tragically, not enough of us will have heard of the ‘buy a fish, save a tree’ campaigns, but the ethos is staggeringly simple. By providing indigenous communities with a reliable income for capture of key, abundant species, there is a removal for the need of environmental plundering. Why hack and slash the forest for crops if you already have enough money to live on?

However, for many, the stigmatic idea that wild harvests undermine natural resources will be enough to thwart them into the farmed camp. 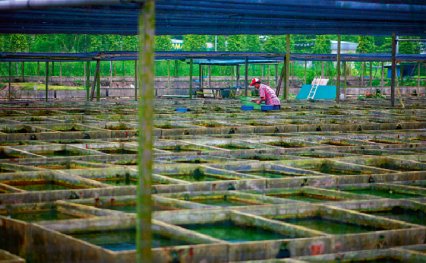 Farms, by contrast, provide a huge amount of the world trade in ornamental fish. In fact, figures suggest that around 90% of imports are from farmed sources over wild caught fish. The aquatics livestock trade is, after all, quite huge, and only a few years back was generating revenues of around some £2.8 billion globally.

That’s a lot of loot. Quite understandably farmers would want to be able to draw a steady source of income from a piece of it, and on the whole they do a good job. However, there can be, like so many things in life, a darker side to the farming, too.

The biggest is feeding. Much of the time the food used to feed farmed fish is other fish – which need to be wild harvested. It takes about 4.5kg of food protein to make 1kg of sellable fish, on average. The idea that farming has no impact on wild resources is fallacious at best. Fish still get caught, albeit usually more common species.

However, there are naughtier antics, too. Depending on source, fish may have been subjected to long courses of antibiotic and other medicine treatments. They may have been exposed to growth and/or breeding hormones, and most damagingly of all, they can sometimes escape, getting back into wild waters and creating problems for native fish. On top of all this can be a huge demand for water by farms, pending the methods used.

Of course, farmed fish also give us many more varieties in freshwater, and allegedly stronger fish than wild caught with marine.

Variety is certainly good if you’re a fan of colour morphs, hybrids and other gimmicks like balloons or oversized dorsal fins. But that’s wasted on me as, on the whole, I can’t stand such fish. But that’s by the by. Farming can create a whole new market of fish with appeal to those who might not have ventured into fish without such choices. Be that right or wrong ethically, it doesn’t hurt the trade any. 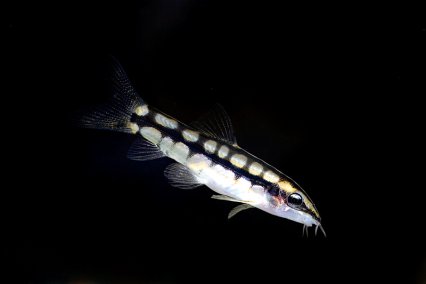 But also, farms do indeed give breathing space to those fish that are being overharvested in the wild, and I wonder how many species we’d have seen driven to extinction if pioneers weren’t out there finding a way to mass produce the fish that we want. Fish traditionally banned from export, like Zebra plecs, or Chained loach, would be completely inaccessible were it not for the endeavours of farms. And without this breathing space, you can be certain that there’d be unscrupulous traders willing to collect these fish illegally for export, potentially harming wild stocks even further. 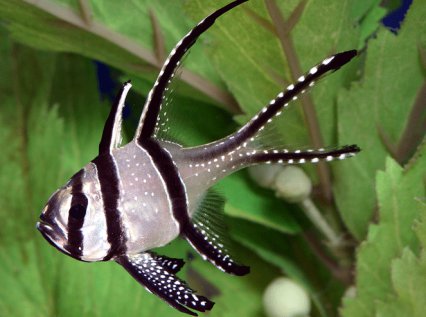 Marine livestock is a whole new debate again, and one I’ll only touch on lightly, but the biggest issue is currently the availability of stock aside from the tiny handful of species being currently bred. Of those that are farmed, there is good evidence that they are less prone to stress and disease than wild caught fish, and are better suited to aquarium life in general, in stark contrast to freshwater fish, where it is sometimes felt that wild fish, having had the pressures of ‘survival of the fittest’ are generally healthier and in better form than their farmed kin.

Another interesting paradox with marine farmed fish is that they are often more expensive than their wild counterparts – a polar opposite to the world of freshwater where farming reduces price – which is slowing attempts to make them a standard option in stores. 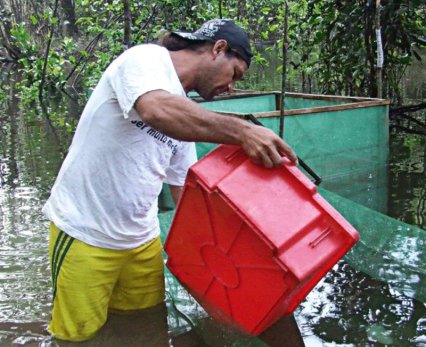 So the debate will continue to go on. There are those who scream murder at the first hint of a net plunged into a wild river, and others who boycott farms, repulsed by colourful, man made variants on sale. Each side unfortunately overlooks the well-behaved elements of the other’s position. Too often they ignore the ethical companies that do care and do trade sustainably, and dwell instead on whatever cases of demonisation present themselves.

For me, I suspect that the future lay on both sides of this coin. I think there will always be a demand for quality wild stock, and I think that communities and eco systems will thrive where they are managed properly. I also think that farms will continue to dominate, especially in those areas where they provide fish that are otherwise hard to source, or that have dwindled in the wild.

But for now, I’d just ask that you maybe think about where your own fish are coming from — because I can assure you they’re generally not being produced en masse in small English breeding facilities just down the road from a retailer. Every penny you spend on a fish sends money one way or another, and personally I like to think that whoever ends up with my cash isn’t harming the planet in the process. And as I’ve said before, if we’re not responsible in what we do, we only lend weight to the arguments of those who are against our hobby.