Aquatics Live - a show not to be missed! Aquatics Live takes place at London Olympia on November 10-11. The launch of the event in 2011 took shows for fishkeepers into a whole new dimension and it was widely received by the 4,000 visitors as a great new initiative for the hobby. This year's show looks as if it will be even bigger and better.

Building on the success of its first year, 2012 sees the return of some popular names and the arrival of some great new faces who are keen to be involved in the country’s biggest event for aquatics enthusiasts. 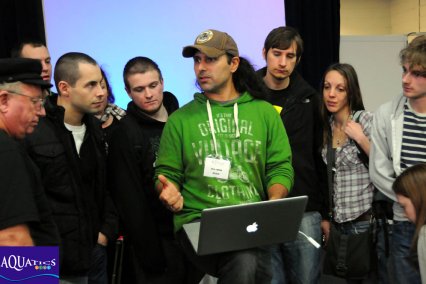 In the Seminar Theatres Heiko Bleher and Chris Lukhaup (pictured above) will be back to give all-new talks on topics which they didn’t have time to cover last year, and they’ll be rejoined by Dave Hulse and James Starr-Marshall who will be sharing their knowledge in the specialist areas of fish diseases and aquascaping.

Simon Garratt will be talking reefs and this year Joe Yaiullo, Curator of the Atlantis Aquarium in New York and owner of his own 20,000 gallon marine tank, will be giving audiences the benefit of his wide learning and experience.

Akil Gordon-Beckford has joined the team to talk about the best ways to feature aquariums in your home design and in the Reptiles UK area, Mark Amey, John Berry and Chris Newman will be talking scales and claws! Mark will also be bringing some of his more exotic animals to show but not handle.

Following its popularity last year, Crocodiles of the World will be returning to Aquatics Live as a feature area with the raft of baby Dwarf Crocodiles which were only hatched in September. Tropica are sponsoring the Aquascaping competition and Aquascaping Activity Area, and Tetra are behind the brand new Discus Display which will be featuring both wild and captive bred show fish. 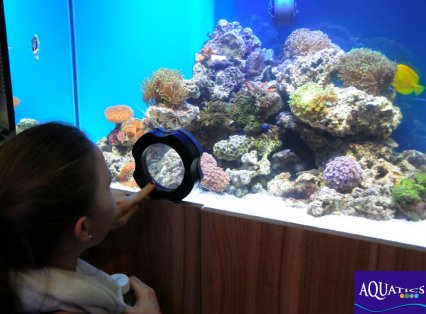 For families there will be an activity area where youngsters can have their faces painted and take part in arts and crafts, and the Marine Wildlife Roadshow will illustrate talks on large fish and marine mammals with life-sized models, including 8m Killer and Minke  whales!

Giesemann are supporting the Reef Building Workshop, where Simon Garratt and his team from Reef Eden International will be holding sessions on the do’s and dont’s of setting up a marine tank and they’ll be available throughout the weekend to talk about your marine issues and answer your questions.

The exhibition will include stands from Tetra, Maidenhead Aquatics, King British, Eheim, JBL, Pets at Home, Hozelock and Aquajardin as well as Devotedly Discus, CE Fish Foods, Freshwatershrimp, Aqua Maniac, Ocean Aquarium and Charterhouse Aquatics amongst others. There will be product launches, retail opportunities and the chance to quiz manufacturers directly about their products as well as giving them your feedback!

Nowhere else do the general public get such great access to the big names in fishkeeping. Not only is Aquatics Live a great forum for experienced aquarists to network and catch up with the latest developments in the hobby, but it’s a perfect opportunity to introduce the fish keepers of tomorrow to the hobby through the family-friendly features and activities.

Why not drop by the Practical Fishkeeping Lounge and say hello!

The organisers have offered PFK readers an allocation of discounted tickets which can be purchased through the Aquatics Live website. These will be available at the rate of two for £10.00 (concessions or standard) using the promotional code PFK2410. If you order an odd number of tickets then one will be charged at the full internet rate.

We hope you will join us at Aquatics Live and look forward to seeing you there! 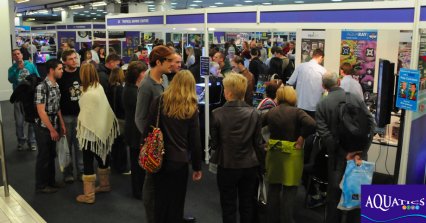