And your winners are... We reveal your favourite shops, manufacturers and products of 2015, as voted for by readers of Practical Fishkeeping in this year's poll. 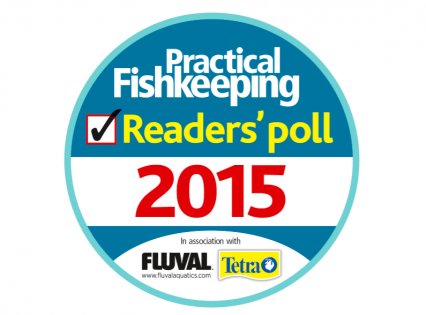 Earlier this year we asked you to vote for your favourite aquatic shops, products and manufacturers in our readers’ poll. We were overwhelmed with the response and we had thousands of votes — so thanks to everyone who took part. Now, after much vote counting, we can reveal the winners.
So, for 2015, the highest accolade of Retailer of the Year was won by Charterhouse Aquatics in London (pictured at the top of the page), which also scooped the award for Online Retailer of the Year. PFK visited the store on a London shoptour last year. George Farmer said: "This is a must-see shop, if only to witness the incredible showroom with its inspirational marine and freshwater displays in such a stylish and progressive environment. Dry goods representation outweighs the livestock but the quality of all fish and inverts was excellent nonetheless. The most forward-thinking aquatic retailer I’ve ever visited." 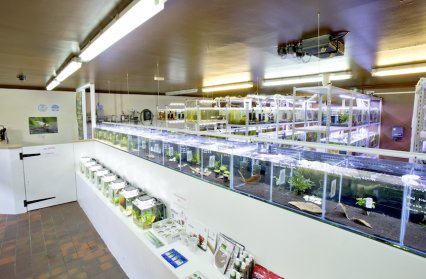 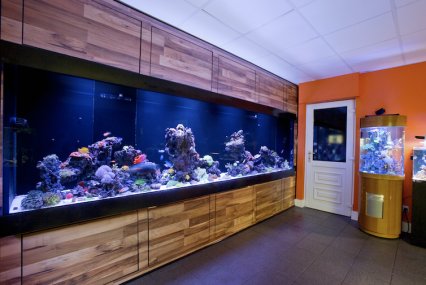 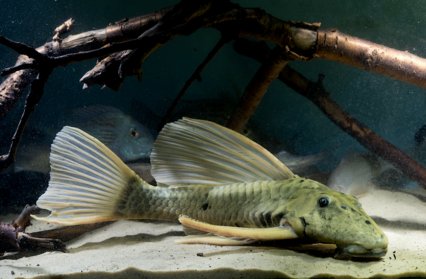 The title of Catfish Retailer of the Year went to Pier Aquatics of Wigan, which also won the award in 2014. Owner Neil Woodward is well known for his amazing selection of whiskery wonders, often including the rare and unusual among the tanks, and it’s a store PFK staff are particularly fond of. Catfish fans obviously agree. 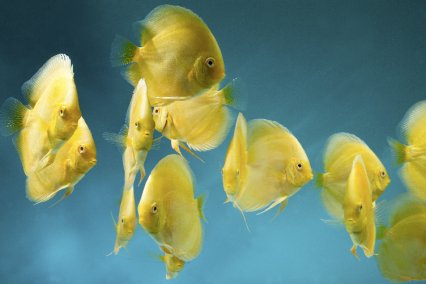 London-based Chen’s Discus clinched Discus Retailer of the Year. PFK’s Nathan Hill visited Chen (who actually isn’t called Chen at all), earlier this year — he reported on his visit in the May 2015 issue of PFK — and he can certainly vouch for the quality of his fish.
Emperor Tropicals from Devon took the Plant Retailer of the Year title. Established since 1983, this Plymouth store is “run by fishkeepers for fishkeepers” and prides itself on having some of the best choices of healthy aquatic plants within the UK, ordered fresh every week. Emperor Tropicals is an ADA stockist and also sells Tropica plants including 1-2-Grow, huge mother plants and a large selection of potted plants.
When it comes to pondkeeping, Lincs Aquatics took the top spot of Pond Retailer of the Year. This huge store encompasses over 30,000 sq ft in a former RAF aircraft hanger and its stock includes over 80 indoor pond vats containing livestock from goldfish to white sturgeon and all the pond kit you’ll need.
Check out the 2015 regional winners and the Top 40 aquatic shops.

Top manufacturers and products
Readers voted Rolf C. Hagen the Manufacturer of the Year for 2015, an award that Hagen also took in 2014. With established brands such as Fluval, Marina and Nutrafin among its portfolio, along with several market leading products, and a huge range covering everything from aquaria and filters to foods and decor, Hagen’s products will be used every day by a huge number of fishkeepers. We often hear tales of excellent customer service by the Hagen team here at PFK. Runner-up to Hagen this year was Eheim. 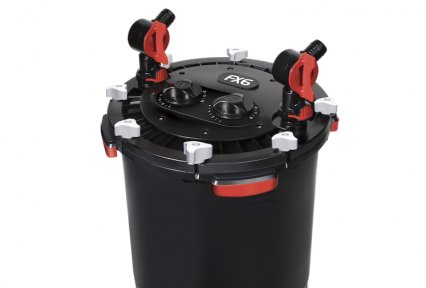 Rolf C. Hagen also won the category for Tropical Product of the Year, with its Fluval FX6 external filter. This 'heavy horse' filter superseded the incredibly popular and similarly award-winning FX5, and is the filter of choice among fishkeepers with larger tanks. The Fluval FX6 is powered by a more efficient motor, which provides better performance while consuming 10% less electricity than its predecessor. Like the FX5, it also features Smart Pump Technology, an advanced technological feature that continually monitors the pump, constantly measuring impeller speed and force to ensure powerful output and energy efficiency. It also manages the filter’s self-starting feature and evacuates air that may enter or build up within the filtration system.
On a 12-hour cycle, the pump will pause and allow trapped air to escape, ensuring the best filtration efficiency at all times.
The FX6 is the all-terrain vehicle of the filter world, the 4x4 — only use one and you’ll realise that it’s more Big Foot monster truck than Jeep Cherokee, and there’s no dirty situation this thing can’t handle. It’s rated for aquariums up to 1,500 l/333 gal in volume — that’s in the region of 8 x 3 x 2ft, folks — and comes with filter media and a three-year warranty.
Runner up to the FX6 for Tropical Product of the Year was Evolution Aqua’s Pure Aquarium filter supplement, which tied in second place this year with Esha’s 2000 treatment range.
EA’s Pure Pond bomb was also runner-up in the Pond Product of the Year award, narrowly beaten by the Bioforce Revolution pond filter from Hozelock. This advanced pressurised filter with UV clarifier has a patented easy clean system and three-step filter process:
High power UV clarifier — eliminates green water;
Mechanical filtration — CypriCube foams with +50% surface area ensure clear water and facilitate easy cleaning mechanism;
Biological filtration — Large surface area Kaldnes K3 biological media accommodates beneficial bacteria in a bug bungalow to maintain healthy water.
Hozelock’s Bioforce Revolution pond filter is available in three sizes to suit 6,000 l, 9,000 l and 14,000 l ponds. 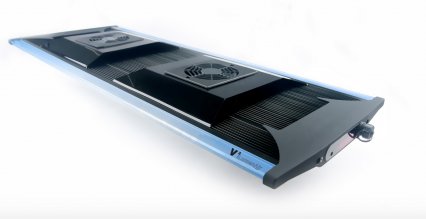 TMC’s V2 iLumenAir lighting romped away with the title of Marine Product of the Year, with the new Red Sea Reefer aquarium the runner-up in the saltwater category. The V2 iLumenAir LED lighting system is a sleek high power three channel lighting system that can be individually controlled via a remote control unit to provide a unique user-customised lighting solution for your aquarium. It has built in timing and dimming to allow for a full range of effects, including sunrise, sunset, twilight and moonlight, along with lightning simulation. Other features include quiet temperature controlled cooling fans, which only switch on when required; a power readout to tell you how much electricity is actually being used and thermal cut out to protect the LEDs should overheating occur. It’s available in three size options to suit most popular aquarium sizes and can be tank mounted using the supplied fittings or suspended (kit sold separately).
Why not take out a subscription to Practical Fishkeeping magazine? See our latest subscription offer.
Don't forget PFK is also available in digital format.
Click here for more information on the iPad or iPhone version.
Alternatively, click here for details of the Android version.