I was lucky enough to be invited as the keynote speaker at the 2015 AGA Convention last month.

The convention ran from April 8-10, 2015 and was split into several exciting events. The first was a field trip to the Smithsonian National Zoological Park in Washington DC.

This famous zoo holds thousands of animals with the most popular being the giant panda exhibit where we caught a glimpse of baby panda. 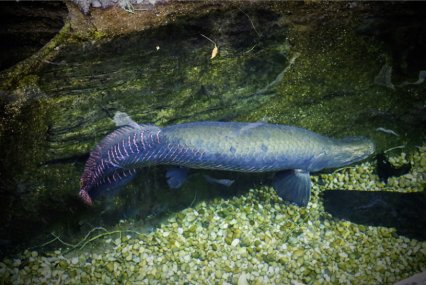 More to my taste however was the Amazonian exhibit that housed huge freshwater stingrays, a large red-bellied piranha biotope exhibit and Arapaima measuring over 240cm/8ft. Also present were red-tailed catfish and black pacu, housed in an impressive 108,000 l/24,000 gal aquarium. 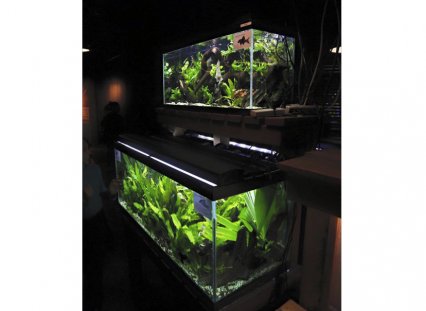 There some impressive smaller biotopes aquascapes too home to a variety of Amazonian fish including discus, tetras and various catfish. 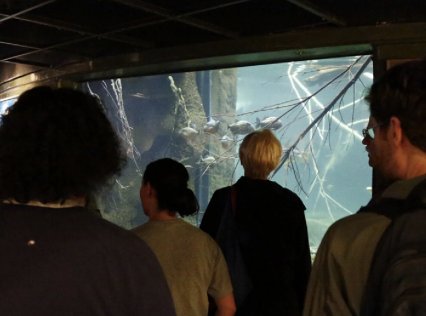 After a few hours we got the coach to the US Botanical Gardens with its hugely impressive selection of flora from all over the world. I had a conversation with the curator about setting up a planted aquarium using US native plants and apparently this is now happening with the help of the Greater Washington Aquatic Plant Association (GWAPA).

The evening’s entertainment consisted of an Aquascaping Duel with Mike Senske (Aquarium Design Group) and myself, as well as a Nano Aquascaping Workshop. Check out the June issue of PFK magazine to hear more about this and see photos of the aquascapes. 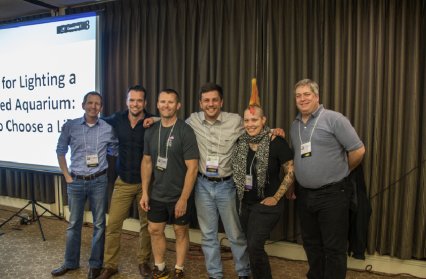 The following day was filled with talks from six speakers including:

The evening concluded with a banquet meal that included an extra talk from Tom Barr and the winner’s from the Nano Aquascaping and Aquascaping Duel.

On the last day there was an all-day aquatic plant auction that broke all previous records.

The whole event was wonderful. It was great to meet up with like-minded enthusiasts and chat plants and aquascaping all weekend, and meet so many new friends. Hats-off to the AGA and GWAPA for organising it all so well. I came away truly inspired and motivated.

I look very much forward to the next one in two years.

Don't forget that PFK is now available to download in a digital format.