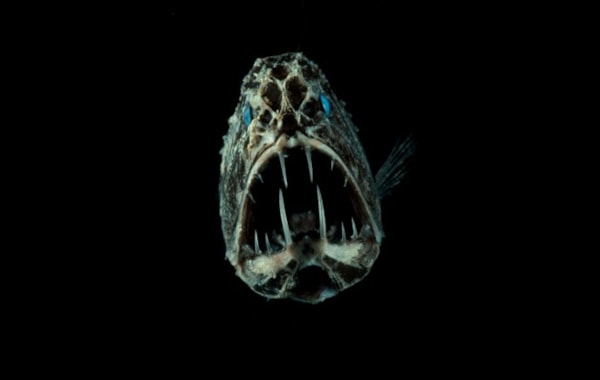 Want to see something really scary this Halloween? Look no further! Nathan Hill brings you ten underwater terrors that don't need to rely on make-up or fancy dress to give you a fright...

It’s here again – the time of ghouls and ghosts, goblins and witches, and maybe the occasional vampire.

Kids and adults up and down the country are doing their all to put on their best frighteners, and will be rousing enough screams to wake the dead themselves.

But some aquatic terrors don’t get to wipe off the make-up the later in the evening – they’re perpetually scary. Here’s a showcase of ten faces that you really don’t want knocking on your door, or rattling the letterbox deep in the night. Read on… if you dare!

With teeth that even Dracula himself would feel envious of, the common Fangtooth is a pelagic, deep-sea beast with a set of gnashers so large that it’s had to evolve special holes in the skull to fit them when the mouth is closed. 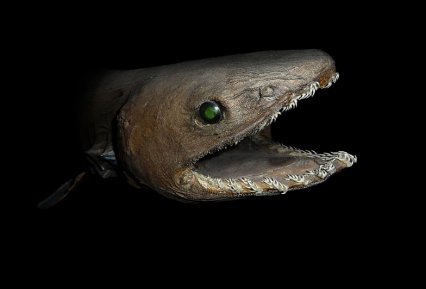 With more teeth than a roaming pack of Werewolves, the Frilled shark doesn’t show off its wares – it prefers to hide in the shadows and occasionally snatch a passer by with one of those many, many razor-sharp fangs. 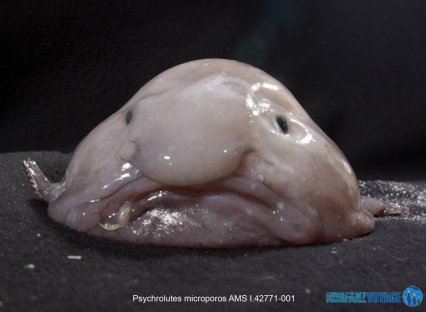 Surely nothing would have more dead, vacant eyes than a zombie, you might think? Well take a long, hard stare into these soulless peepers and we’ll wager that you’ll soon think again. 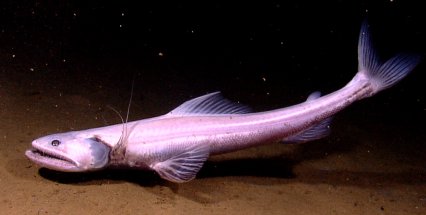 With the pasty grey body the colour of a corpse, you’d be forgiven for thinking that this is a creature hellbent on devouring the bodies and souls of everything it meets – because it does. 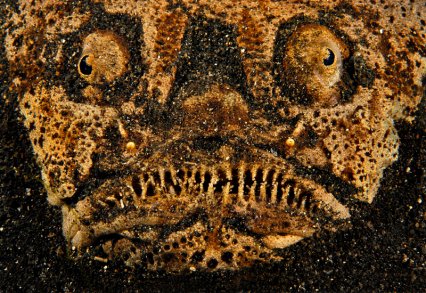 Burying itself in a shallow grave like some cold, calculating undead brute, the stargazer awaits passing prey before lurching out of the ground. They have a barrage of defences against assault, too; all have venom sacks and one or two will even electrocute. 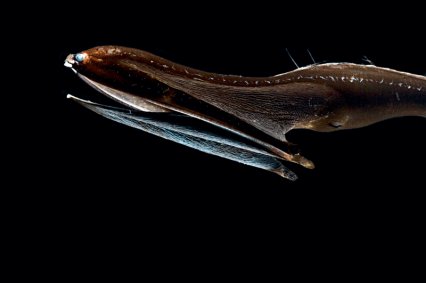 Being eaten is bad, but being eaten alive in one gulp is outright heart-attack inducing. Luring prey in with a glowing tail-tip, the Gulper doesn’t feed often, but when it does it likes to make a big effort… 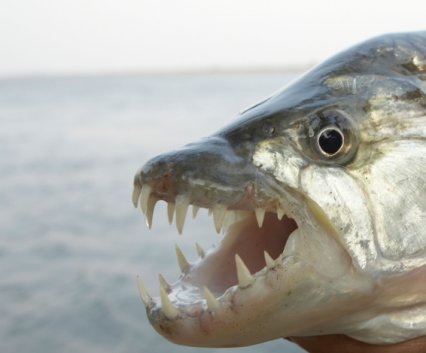 Like a curse that never lifts, the Tiger fish relentlessly hounds other fish, mercilessly bearing down on them with supernatural strength, taking bites and chunks until nothing remains. 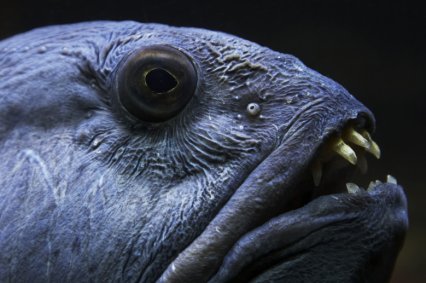 With a head that looks like a cross between a cave troll and lump of rock, the Wolf fish looks like an endless tortured soul, panting for all eternity between crushing up meals of crabs and molluscs. 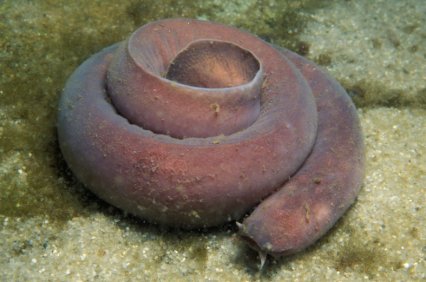 Why bother with a jaw when you’ve already got four rows of teeth, and simply use them to burrow in to your dead or dying victims? Top it all off with the ability to make your own slimy ‘ectoplasm’ and it amounts to a water dwelling nightmare. 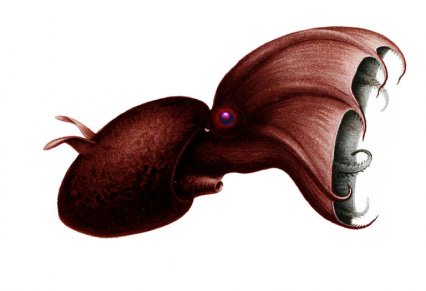 This one really is the squid from hell, eyes as red as a fire engine and able to hide itself under its black cape.Try to frighten it and it’ll fight back, firing glowing orbs from the tips of its tentacles and disappearing into a luminescent cloud.

That’s our ten of the scariest looking underwater demons we could summon. Chimera pups nearly made the grade, as did Channa argus snakeheads.