What’s safe to keep with minnows and shrimp? What fish are good to add to a tank that won’t prey on shrimp or minnows? Bob Mehen advises…

I have 10 fish tanks, ranging from a reef tank, to pipefish, to typical community set-ups, but no matter what fish I keep, I can’t help but be pulled back to White Cloud Mountain minnows, so I’ve recently set up a 54 l tank, which contains eight White Clouds and four fairly small Amano shrimp. The tank is furnished with lava rock, plenty of Egeria densa and a sand substrate with a few caves. I run an internal filter, a sponge filter and two airstones, so the water quality is very good and well oxygenated. There is no heater and the temperature usually sits at around 18°C. I’m wondering what could I possibly add to the tank which won’t prey on  my shrimp or minnows, and which isn’t too big for the tank, I’d love  a centrepiece fish like a Paradise fish, but something less aggressive.

Bob says: White Clouds are fantastic little fish and it’s great to hear that you’re setting up a tank with them in mind. Too often they end up living on ‘fast forward’, in the permanent summer of a tropical tank. Finding a larger centrepiece species is a little problematic, as the relatively small size of your tank precludes many attractive temperate species such as Panda garra or Odessa barbs, which would make great tankmates otherwise. However, a single Paradise fish could actually work. They do have a reputation for aggression but typically this is aimed at their own kind or similar- sized or shaped fish. That said, there is still a chance that it will predate the shrimp, especially if they are small. You could perhaps look to simply add to your minnows, or even mix in a few of the golden form for contrast. 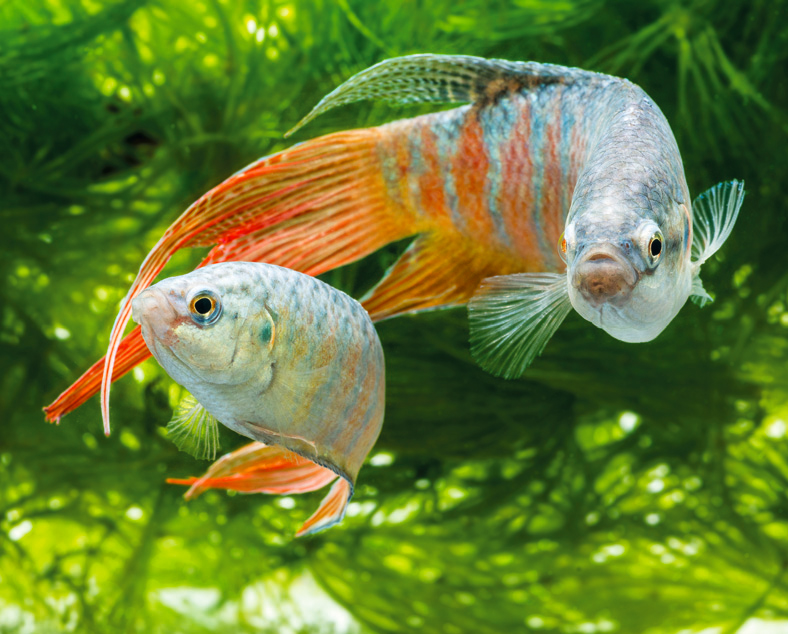