A reader asks for advice on equipment for exporting organics.

I’m wondering what equipment used in marine fishkeeping would also be useful in freshwater for exporting organics? I’m thinking of skimmers mainly — do they work in freshwater? I know sumps can be used but what would you put in them specifically for freshwater?

Neale replies: Broadly, protein skimmers depend on two factors: the size of the bubbles and the height of the column. While I’m not too sure about the physics, there seems to be a relationship between salinity and bubble size. In saltwater, the bubbles come out just the right size, but as salinity reduces, the bubbles get bigger, and the amount of area where air and water meet reduces. This, in turn, diminishes the effectiveness of the skimmer. While it certainly is possible to use skimmers in freshwater situations, you need a much bigger skimmer to do the job well enough to justify the running costs. Pond skimmers, for example, are available — but they are much larger contraptions than their marine equivalents, partly to get the height, and partly to have more ‘oomph’ to ensure a fine mist of bubbles and water. But put a standard marine skimmer in a freshwater tank and you may get a half-hearted sort of froth, and perhaps a bit of muck in the collecting trap, but there’ll probably be as much limescale produced as anything else. Whatever the theory, most aquarists don’t find them useful for freshwater set-ups.

On the other hand, sumps open up all sorts of options. The basic approach is just to take advantage of the extra water capacity to buffer against pH changes and nitrate accumulation between water changes. You can also pop the heater in the sump, rather than the tank, which improves the aesthetics of the system. Depending on how your tank is designed, your sump might also be the place where biological and chemical filtration take place. Again, this means less clutter in the main tank. Even if you use a traditional canister filter in or outside the aquarium, the sump can still provide somewhere to put media bags containing chemical media, such as zeolite or carbon.

At the more ‘pro’ end of the range of options are things like algae scrubbers or trays of fast-growing plants used to remove nitrogenous wastes. Obviously, you’d need to install intense lighting over the sump, inside the cabinet. As the plants or algae grow, they remove nitrate from the water, providing better water quality. Another option is the freshwater deep sand bed (DSB), which is similar to such systems in marine tanks. Anaerobic conditions in the sand foster the growth of bacteria that perform denitrification, turning nitrate into nitrogen gas. DSBs aren’t common in the freshwater hobby, and require a bit of planning, but do work well.

One point to bear in mind when using a sump for freshwater is the propensity of some species, particularly eels, loaches, and catfish, to work their way into it through sluices and overflow pipes. While this can be prevented with judicious use of plastic mesh and silicone sealant, it’s something worth thinking about before you start stocking. 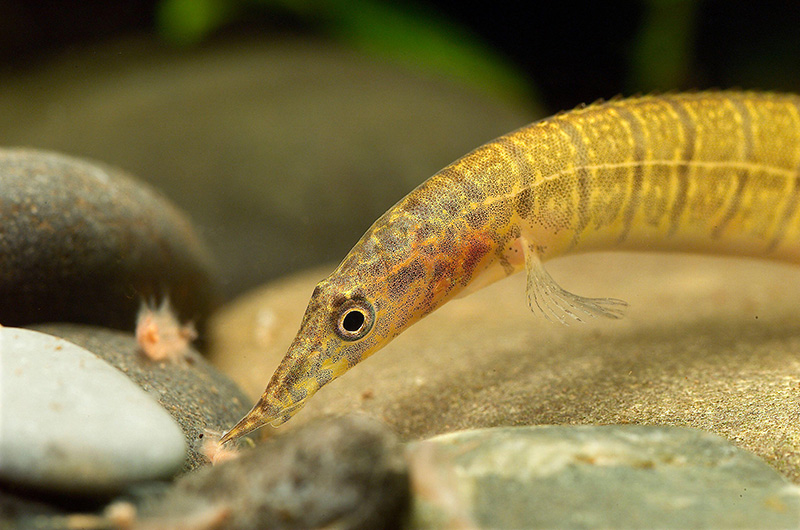