Can I keep Platies with Swordtails? Neale Monks helps a reader decide on mixing Platies with Swordtails in a community tank.

Q: I have a community tank of approximately 250 l, housing three Swordtails (one male and two females), 14 Black neons, four Praecox rainbowfish and five Panda corys. I would like to add a group of Platies, but I’m wondering whether that will cause problems with the Swordtails. The tank is furnished with wood and both real and artificial plants. The pH is 7.6; ammonia and nitrite are both 0 and the water temperature is 25°C. I carry out a 25% water change every week. Any advice is welcome.

A: Neale replies: Female Platies, at least, will not cause problems for your Swordtails. Your male Swordtail will simply view them as potential mates, and act accordingly. So, if your aim is to keep and breed Swordtails in the long term, adding Platies is going to complicate that because at least some of the fry could wind up as hybrids. Of course, if you aren’t interested in breeding and any fry that survive are going to stay in your tank, then this isn’t an issue. But if your intention is to pass on some of the fry to other hobbyists or your local tropical fish shop, mixing the two species isn’t a good idea.

Adding male Platies might be more problematic. Male Swordtails are notoriously aggressive. They’re also bigger and faster than Platies. So, if you add some male Platies and the male Swordtail takes exception to that, you could well find those male Platies being harassed, certainly stressed, and perhaps being injured. 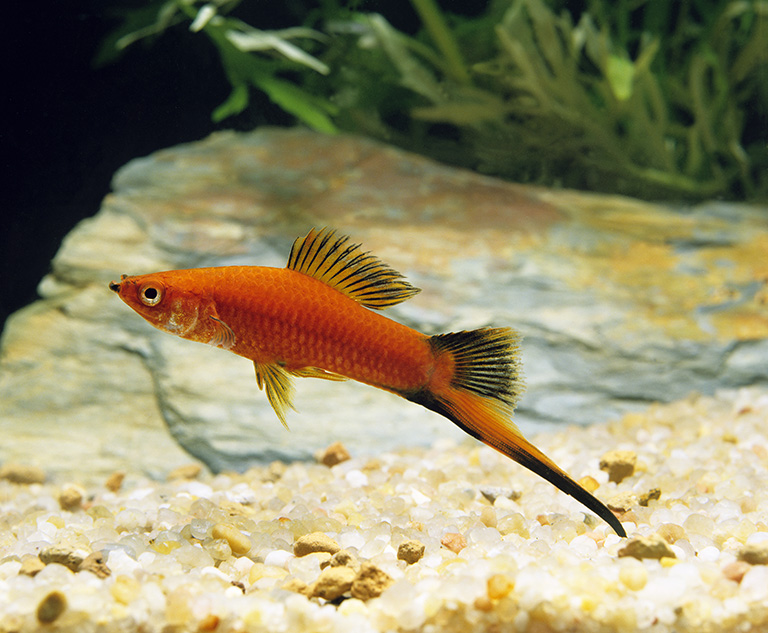 While they have some common requirements, Platies and Swordtails are different in terms of ecological niche. Both are from the cooler sorts of climates in Mexico, and hence happiest around 22-25˚C. But whereas Swordtails have s long, tapering shape that’s ideally suited to swimming in the brisk currents of shallow streams, the more robust Platies are better suited to ponds and other sluggish bodies of water thick with vegetation. You’ll see both species at their best in tanks suited to their particular needs.