Why are my male mbuna so aggressive? 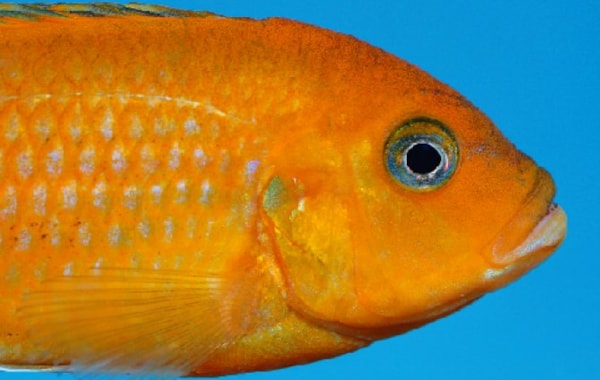 Professor George Turner explains why mbuna are so territorial — and what we can do to reduce this behaviour in our tanks.

In nature, adult males of most mbuna are extremely territorial all year round. Most of their aggression is aimed at males of their own species- rivals for mates and food.

Females of their own species (except when looking for a mate) and fish of other species can be food competitors or merely give off some of the signals of a male of their own kind. This can get them attacked too.

In nature, intruders simply flee from a territorial male and no harm is done. In the aquarium, where males are forced to accept tiny territories and where intruders cannot escape, males of the same species or similar looking species can kill each other. Even females can be killed.

These fish have not evolved to quickly dispatch each other. Their deaths are not fast and painless, but the result of prolonged stress and multiple traumatic injuries accumulated over days or even weeks.

What can be done? Well, it depends what you are keeping these fish for. For holding stock or growing on broods of youngsters, keep large numbers of fish each species in a bare tank. The lack of hiding places means there will probably only be one dominant fish and its aggression will be spread among many individuals, so none are picked on.

If you want to breed them, keep a single male with lots of females. Again, aggression is diluted among large numbers.

If you want an attractive display tank, then get the biggest tank you can and get as many fish as you can afford, but keep just one male of each species (and avoid similar looking species). Give them plenty of hiding places by piling up rocks right to the water surface in the back half of the tank - and even split up the front half with a few big rocks.

This way, many males of different kinds can establish a territory without constantly being in sight of each other. And brooding females or fry can have somewhere to hide.

In really big tanks, you might even be able to get away with more than one territorial male of each species, because you will probably find that each of them is hemmed into his territory by neighbours of other species that provoke less aggression. This is essentially what happens in nature.