Why overdriving could burn down your home Modifying your lighting for greater output, a practice known as overdriving, can be dangerous. We talk to Michael Barrett, Tropical Marine Centre's lighting expert and qualified electronic engineer.

What exactly is overdriving?

For fluorescents it involves rewiring a luminaire to force a higher current through the tubes. This can be quite dangerous and, strictly speaking, shouldn’t be attempted. It can result in tube explosions and even fire.

How do people do it?

There are a couple of ways: using a higher rated ballast than the lamp — or wiring ballast outputs in parallel.

The first method requires tweaking circuitry. A ballast gives a ‘pre-heat’ current that warms the filaments of the lamp before they are struck. This reduces shock to the tube and filaments.

It is larger for higher power lamps and, if the pre-heat current isn’t lowered by way of a circuit tweak, could result in premature failure or even shattered glass. 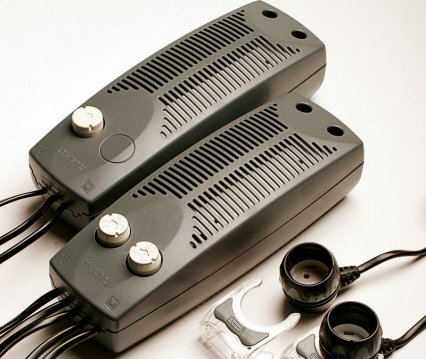 The latter method is much easier, but must be undertaken with electronic ballasts with current limiting circuitry, otherwise there is risk of fire. This involves a ballast designed to run two tubes being wired to run just one, or a four-tube model rewired to run two.

Normally an extra ballast would be put in with the same wiring to run the now redundant one or two lamps. This must be done with an identical ballast, otherwise different working frequencies will mean they will be out of phase and can cause failure and possibly fire.

In both cases the input to output ratio is not linear. If you double the power you don’t necessarily double the light output and, in most cases, efficiency will drop. The lighting manufacturers normally advise their equipment to be run at their optimal levels.

In addition, smaller diameter tubes, such as T5, run at hotter temperatures and are harder to overdrive successfully.

Can you overdrive a metal halide lamp?

No. The lamps used contain gas under pressure and, if exerted beyond their means, they will fail and possibly explode. The control gear may also be damaged..

You developed the AquaBeam range of LED lighting for TMC. Can you overdrive LEDs, too?

Overdriving LEDs is risky! Basically LEDs are current devices, meaning that the chips, or dies, inside react to the electrical current running through them by giving off light.

More light will radiate if higher currents are passed through them, however this also leads to overheating issues. This is why LEDs must be run on a current-controlled supply.

All LEDs will have a maximum- rated drive current. Overdriving is the process by which a higher than maximum-rated current is pulsed through the LED. The pulsing is too fast for the human eye to register, however it is enough to give the LED the respite it needs.

Pulsing has to be extremely precise to prevent causing any damage to the LED.

Thermal management is much more tricky. The LED must have a good thermal path — a route for heat to escape — and will more than likely need a larger heat sink to dissipate the extra heat.

If the LED is driven too hard the heat will build up faster than it can be dissipated. 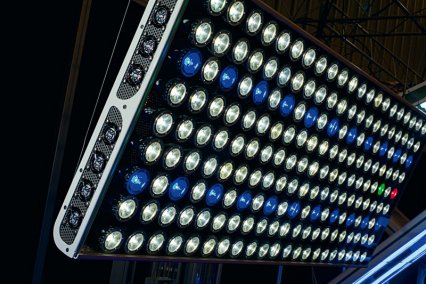 Overheating an LED will result in either degradation in light output or a catastrophic failure.

I’m sure readers will be interested in the overdriving process, but thermal management of LEDs is not an easy process. This is one reason why so many believe LEDs are no good. Many LED products have still not been correctly thermally managed, leading to fast degradation and high failure rates.

What’s all this about LEDs being sorted into bins when bought? How does a company such as TMC select LEDs?

As mentioned earlier, the part of an LED that emits light is called a die, a semi-conductive material which discharges energy in the form of light when an electrical current is passed through it. The colour of that light depends on the type of material used.

The materials are generally various compounds of the elements gallium, indium, aluminium, arsenic, phosphorus and nitrogen.

The first LEDs were only producing wavelengths in the infra-red section of the spectrum, but, as research continued, red, green, orange and yellow LEDs became available.

White LEDs are, in fact, a blue die with a phosphor coating which absorbs the blue wavelengths and gives off light across the whole spectrum. Different amounts of phosphor can be used to produce different types of white light.

LEDs are sorted into groups, called bins, to define their flux rating, tint, forward voltage and their colour.

Tropical Marine Centre have a good relationship with CREE, a manufacturer of high power LEDs, and as such have secured a non-standard and tightly defined bin selection picked especially for aquaria. These LEDs display good colour rendition while delivering the wavelengths needed to support life within the aquarium.

Will we ever be able to use LEDs for UV sterilisation?

LED for UV sterilisation is interesting. Some companies are piling a lot of money into research for just this. There is huge potential in that it would offer a low-energy way to sterilise water — a technology with many useful applications worldwide. However it is yet to be achieved, if indeed if it ever will be.

This is because UV-C has a shorter wavelength than visible light, meaning that it has a much higher energy. The key is finding a material capable of producing this high energy radiation in large enough quantities to kill off all the bugs in the water.

Once that has been achieved there will be another problem to face, in that it will need to be housed in a casing that isn’t going to break down as it is bombarded with this radiation.

Then, as with all water sterilisation, what matters is the contact time.

If you imagine the time that water comes into contact with the UV-C radiation as it passes over the length of a fluorescent lamp, and then imagine it passing at the same speed over a single LED, it stands to reason that the contact time will not be enough to kill off some, or even most, of the more stubborn bacteria.

Therefore you would need a number of UV-C LEDs to do any good and this would end up being very costly.

One day UV-C LED sterilisation may become reality but, for the moment, the necessary effective technology is a long way off.

So basically you are saying overdriving is a bad thing?

I strongly discourage it as it can be very dangerous. Not only could people reduce their lamp life and lighting efficiency, damage their fixtures beyond repair and possibly invalidate their insurance due to sub-standard wiring practices, they could end up hurting themselves.

This item was first published in the September 2009 issue of Practical Fishkeeping. It may not be reproduced without written permission.