Where in the world: The Brahmaputra The drainage would delight many loach fanatics, as the group is quite diverse. All major families are represented, with three species of Botia and about ten species of Schistura among more common aquarium loaches. This is also home to more esoteric aquarium species, such as Cantophrys gongota and Aborichthys elongatus. 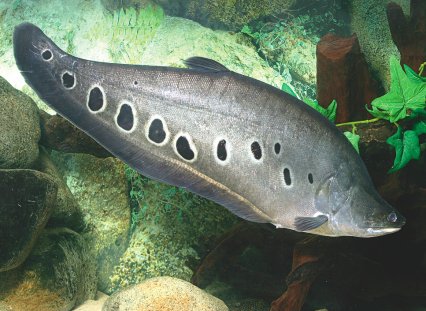 There are only two species of knifefishes known from the Brahmaputra drainage: Chitala chitala and Notopterus notopterus.  The former is not as frequently encountered as its South-East Asian congeners, but can display understated beauty with a series of gold or silver vertical bars on its back. 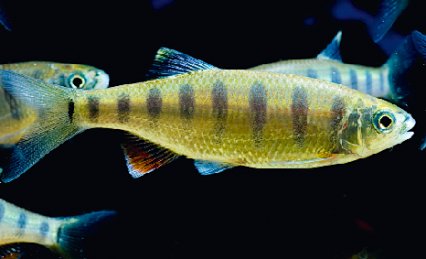 This group is not related to trouts, but to predatory cyprinids of a group known as bariliines whose large mouths and rounded heads superficially resemble trout.  There are more than ten species in the drainage, belonging to three genera (Barilius, Opsarius and Raiamas).  Hill trouts require, cool, well-oxygenated water. 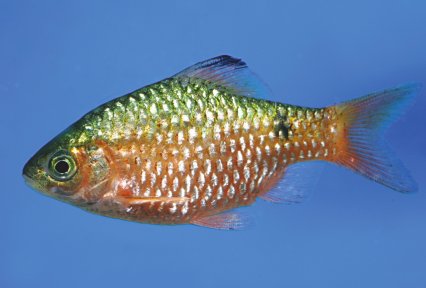 More than ten species of barbs in the genus Puntius are known from this particular drainage. These range from the common (Puntius conchonius) to the rare (P. shalynius), the small (P. gelius) to the large (P. sarana). Many barbs from here need a dark substrate to truly bring out their subtle beauty. 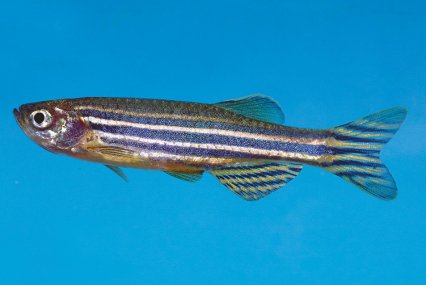 The Brahmaputra drainage is the home to the original Zebra danio (Danio rerio), but this is not the only species of this popular group of aquarium fishes to be found here. A total of nine species in the genera Danio and Devario are found in the drainage, along with several undescribed species. 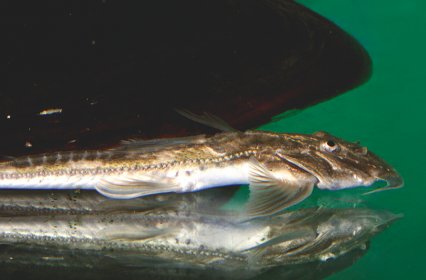 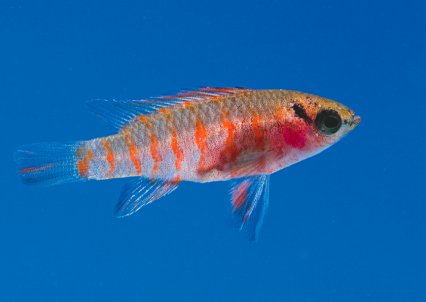 This area of the world is also home to five species of badids in the genera Badis and Dario, and there are more species awaiting formal description — for example, Badis sp. 'Buxa'. These diminutive percoids are frequently found in the slower flowing streams that are found within the river drainage. 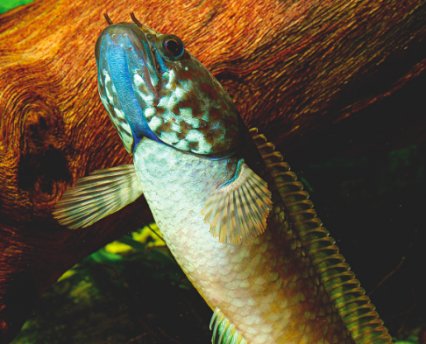 Some of the most beautiful snakehead species are here, including the spectacular Rainbow (Channa bleheri). There are nine species known, but also several undescribed ones such as Channa sp. 'Lal cheng' or 'Blue bleheri'). Many Channa from this system require cooler conditions than their South-East Asian congeners. 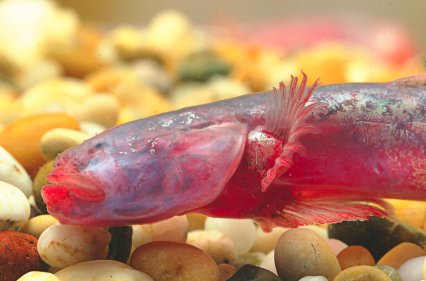 There are some 50 species of gobies known from the drainage, although this number is likely to be an underestimation.  These include the miniature, transparent Glass gobies (Gobiopterus chuno), the burrowing Bearded worm goby (Taenioides cirratus) and the Giant mudskipper (Periophthalmodon schlosseri). 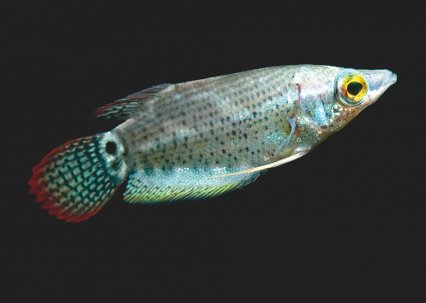 Although not as diverse as in South-East Asia, there are still colourful anabantoids here, including three species of gouramis in the genus Trichogaster (T. chuna, T. fasciata and T. lalia) and one in the genus Ctenops (C. nobilis). Anabantoids from this drainage require cooler water than South-East Asian counterparts. 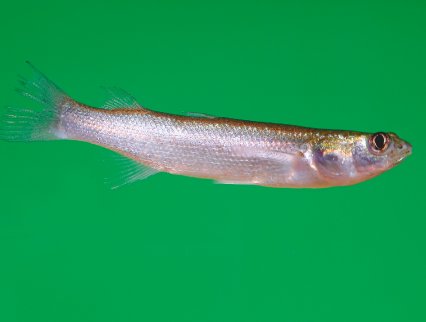 This is one of few river systems with mullet species found only in pure freshwater. Two species are known from here: Rhinomugil corsula and Sicamugil cascasia. The former is sometimes known in the trade as ‘the four-eyed fish’ as it swims at the surface with its dorsally- positioned eyes protruding above. 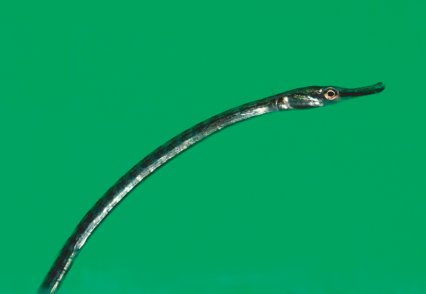 Three species of freshwater pipefishes in the genus Microphis (M. cuncalus, M. brachyurus and M. deocata) also inhabit this system. The latter is the most colourful pipefish encountered in the aquarium trade, with a series of red spots on the belly and some individuals assuming a bright green colour.