The tooth, the whole tooth and nothing but the tooth Do Neon tetras have teeth? Not to the same degree as the Hydrolycus shown here maybe, but take a magnifying glass and you'd be amazed what you'll find in the mouths of your fish! Nathan Hill explains more...

When we think of fish and teeth, generally one of two images spring to mind. One is of an oversized model shark eating frolicking teenagers in American seas, while daunting music plays in the background. The other is of a piranha showing off almost comical triangular jutting fangs.

However, there’s so very much more to the world of piscine dentistry than these obvious and spectacular examples.

How about the Alienesque assembly of Moray eels? Not content with simply grabbing hold of prey with their huge gaping mouths, they proceed to bring in a second set of jaws from deep inside the throat, dragging the hapless victim tummywards.

Even an innocent little tyke like a Neon tetra is — size for size — better equipped than a bull terrier at shredding its prey. Examining the mouth of a Neon through a magnifying glass is a sobering experience and not to be underestimated. 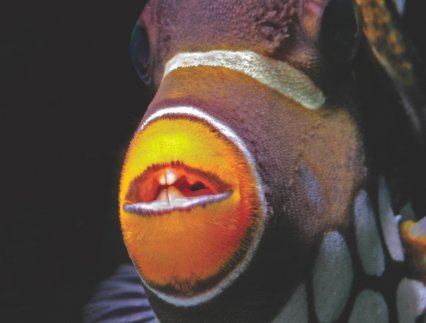 Dentistry designs
We mammals have a full of array of dentistry at our disposal. From incisors, through canines and on to molars, we have different teeth for different jobs. Such creatures, with their multiple teeth morphology, are classed as heterodonts.

Fish, however, do not generally have multiple types of teeth, relying instead on a barrage of identical designs — although there are some exceptions.

The Bluntnose sixgill shark is one of them, having a variety of different shark teeth and circular teeth. Single type morphology is the realm of the homodont.

Unlike us, fish do not always have their teeth set in the upper and lower jaws. In many cases, the jaws are totally absent of anything resembling a tooth. Instead, there may be teeth on the tongue, roof of the mouth, or very frequently, and in the case of one entire family — the cyprinids — they are found within the throat itself.

The range of mouths in fish are so diverse that it’s difficult to offer any final clarity on what fish has which teeth and much of the variation understandably revolves around the diet that the species has evolved to eat.

Replacements
Even among sharks there are differing types of teeth, between the sharpened and often serrated edges of the fish eaters to the backward curved hooks of those that have become specialised in turtle consumption.

As a very general rule, a large mouth with sharp teeth will be that of a piscivore or predatory carnivore, a small mouth will often be the domain of the planktonivore — and herbivores will have a flattened ridge for scraping away volumes of algae or plant matter.

Fish teeth replace themselves numerous times over the lifetime of the host. In the case of sharks — in which each tooth is actually an evolved scale — there will usually be rows of several already lined up to replace any in the event of a loss.

Fish teeth are made from dentine, a bony substance, and, like us, they usually have an enamel coating, as well as nerves and blood vessels. 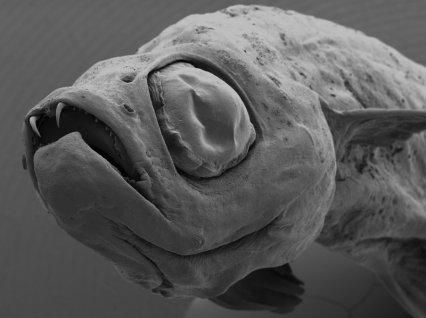 There is one notable exception in Danionella dracula — an aptly named fish that has two vampire-style fangs in the front of its mouth, sculpted directly from bone, as well as numerous, smaller bone teeth throughout the jaw. Picture above showing D. dracula under a microscope by Ralf Britz.

All shapes and sizes
Do goldfish have teeth? They do, but not in the jaws. Being cyprinids, they have pharyngeal teeth, located deep within the throat and connected to their branchial bones. It’s through these teeth formations that many species are identified.

This is why goldfish appear to take food into their mouths and 'chew' it in their throats before spitting out shredded bits. Once the food has gone in, the pharyngeal teeth tear it down. Then the fish can ingest the bits they like.

These kinds of teeth are very good for omnivores who need to try to break their food into the highest possible surface area if their guts are to extract the hard-to-reach plant nutrients.

Pharyngeals are also found among the cichlids, which gives them a very omnivorous advantage. Some minnows even have sharpened 'throat teeth' to lacerate food on the way down.

Arowana have teeth seated on their tongues, in the glossohyal part of the mouth. This is in part from where their scientific name of Osteoglossidae, or bony tongues, has originated.

Predatory catfish will often have cardiform teeth at some point in the mouth, often in the roof. These are very small teeth concentrated densely together and to the human finger they feel rough, like sandpaper. Combined with strong jaws, these allow the fish to hold on to struggling prey until they can work it down the throat. 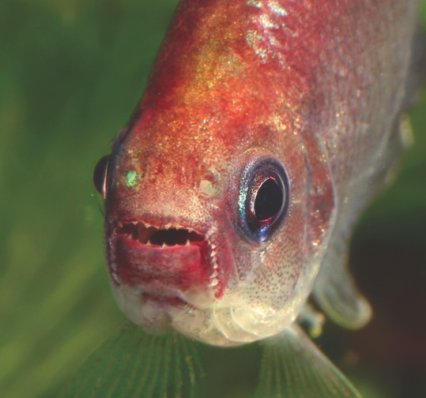 Characins tend to have their teeth seated in the upper and lower jaws, in regions known as the maxillary and premaxillary in the top and the dentary (mandible) region in the bottom. Almost all characins have teeth in the mouth and some tetra, like the Emperor tetra, (picture above by Hristo Hristov) when seen close up, are easily comparable to the piranha of this same family.

In some instances, the teeth of Pacu have been found to be so dense and developed that they have been compared to humans, at least visually.

Characins will often sport canine teeth, identified as sharp fangs. These favour the grabbing of other live fish and both holding on to them as well as slicing through where necessary. They may be straight or curved, but always long and always pointed. They are often recognised as the jutting tusk-like teeth on fish like the Tiger fish (Hydrocynus). 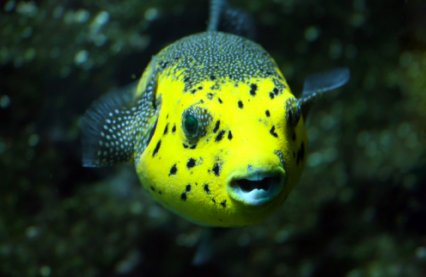 Fish like puffers or parrots are known to have a 'beak', but this is deceiving. They actually have incisors evolved to fuse together, creating a singular, slicing plate. Combined with their powerful and maneuverable jaws, they can make short work of shelled crustaceans, or even hardened coral skeletons.

Much of the sand seen on tropical shores is the result of feeding parrotfish which have used their beaks to grind down coral reefs, which in turn are excreted as the fine granules we see ashore.

Beaks aren’t the only way of getting to crustacean meals and other fish have evolved molariform teeth which, as the name suggests, are more like the human molar. These wide, flattened and tough teeth are able to crush through shells and get to the good stuff inside, although many herbivores often sport them to grind down tough plant matter too. 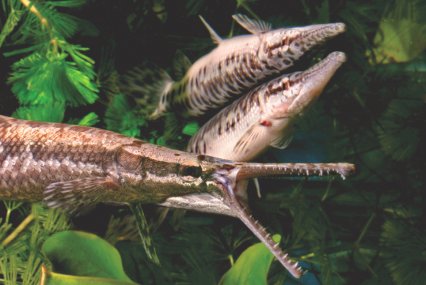 Canines are sometimes taken to the extreme by fish such as the Garfish and Hydrolycus species. Here, the emphasis is on grabbing and the fish needs to keep hold of its prey once it has struck. Opportunist feeders and ambush predators generally cannot afford to lose a meal once they’ve committed to it. 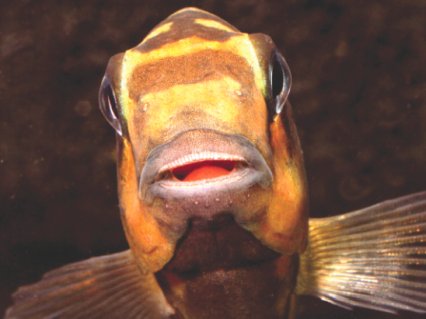 Incisors aren’t always fused together and in other fish they take the form of flattened chisels which can be put to multiple uses. 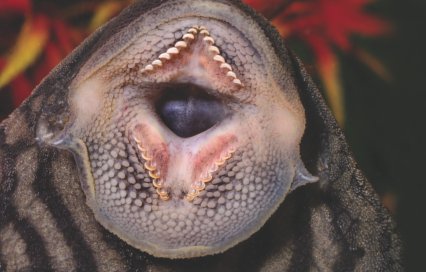 Many people would imagine that suckermouthed catfish would be toothless, but this is far from the case. Not only do these fish have well-shaped conical teeth with adapted crowns, they also have unculi, or epidermal brushes. These allow them to graze and scrape at algae with premium efficiency, even over uneven surfaces where some species can alter the shape of the mouth.

The information here merely touches on the huge array of dentition in the fish world. There are so many more individual adaptations to explore that we could never do justice to the subject in an article.

For now, why not dig out that old magnifying glass and have a peek at the mouths of some of the innocuous looking community fish swimming around in your tank. You might find yourself giving that little Cardinal tetra a lot more kudos than you did before.