The flow must go on! Creating water movement is one of the simplest tasks you can do, yet it’s also one of the most vital for the very livelihood of corals.

Water brings the corals their food — phytoplankton and zooplankton to catch with their polyps — but it also brings them oxygen, new zooxanthellae algae and washes away their waste.

You won’t find a still part in any ocean and marine life is adapted to live in an environment that’s constantly moving. Here’s a rundown of important features to consider when buying a circulation pump for your aquarium:

This is related to how much water is pumped during each hour. A reef tank will need its total volume turned more than 20 times per hour, so if you have a 180 l/40 gal reef tank you’ll need a pump(s) with an output of 3,600lph.

All pumps will have their output stated on their packaging, in either litres per hour (LPH) or US gallons per hour — and one US gallon equals 0.8 of a UK gallon. 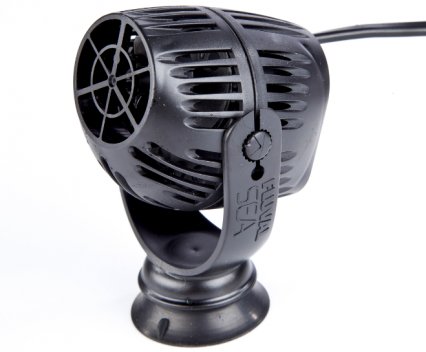 This is a measurement of efficiency and one of the things I look at when reviewing or comparing a type of circulation pump.

The cost of electricity always seems to be going up, so we want a pump that’s low in wattage and cheap to run. By choosing a pump with the highest output of water against energy consumed you get the most efficient model and so the cheapest to run in relation to its output.

Modern circulation pumps are getting incredibly efficient, some turning over 800 lph per watt of energy consumed, and I have no doubt that they may soon even perform at 1,000 lph per watt.

This is a huge improvement on the old powerheads and can only be a good thing. It’s not the be all and end all of pump selection, but every little helps. 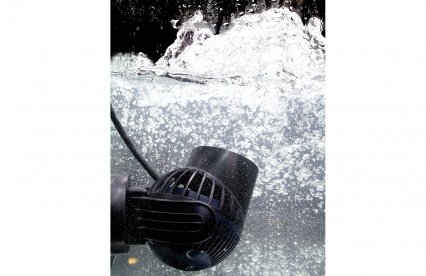 You’ll find this phrase used on marine forums when users talk about pumps, especially the likes of Tunze and VorTech pumps.

This is called undertow and can easily be demonstrated by putting food into the tank and watching where it goes. If there is good undertow the pump will shoot it across the tank where it will travel in a big loop and float just across the sand at speed, returning back to the pump.

Good undertow is linked to good water movement and helps to prevent dead spots of water. This will also mean that detritus or food will remain in suspension, which is good, and strong water flow across the substrate can also help prevent slime algae.

Use pumps with wave maker devices and the undertow may even rock across the substrate, really dragging up any dirt or algae as it goes. This is a positive. 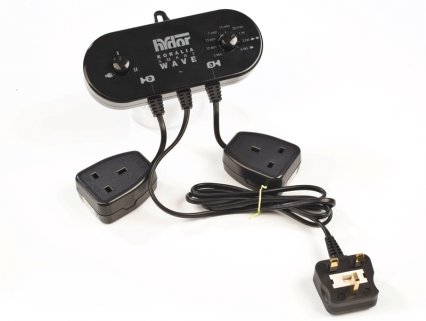 As the name suggests, this is when pumps are used to make waves in the tank using a controller which switches the pump on and off in quick, regular succession. This leads to a sudden surge of water to the left, then another surge as the water returns to the right.

Get the frequency of that movement just right and an actual wave will form.

Tunze and Vortech equipment can actually create a wave in the tank which rocks side to side, whereas most wave makers move water left and right but not enough to make the water rock or produce an actual wave.

Either way, wave makers in general are considered beneficial to the reef tank, as they offer alternating, more realistic water flow, create better undertow and may actually help prevent slime algae by producing sudden gushes of water powerful enough to tear the slime off rocks. That’s the theory anyway!

One pump with a controller can be used to create a surge — or two can be run at opposite ends of the tank with one coming on as the other goes off.

A good controller may also be able to control pump output and speed — although the pump must be electronically controllable to do so — and may even be able to produce varying waves, from a short, sharp pulse to a long, soft surge. Some may even have a random mode for multiple pump control and varying currents. 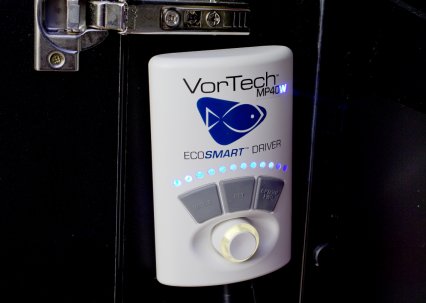 Some pump controllers have other advanced features, including light sensing apparatus to slow the flow of water when the tank lights go out. However, I don’t see the ocean flow slow down at night so question the merit of this.

However, night time is when corals open their polyps to feed on zooplankton, so maybe a slower flow may make food easier to capture in the tank.

Feed mode usually involves pushing a button on the pump’s controller to either slow down or stop the pump altogether for a few minutes. The idea is to prevent your food get minced by the pump and less likely to be removed by the filter. Instead it’s more likely your fish will get it all!

I’ve had this function on many previous pumps but confess to never using it.

The first is the wide outlet and we’re talking going from a half or three-quarter inch outlet, which you would stick a filter pipe on, to a two-inch (5cm) or more on some pumps. This changed pumps for the better as it enabled more water output and at a lower velocity, so it didn’t take so much wattage to push it on.

The ocean doesn’t have tiny jets of moving water — instead chunks of water get lifted up and moved elsewhere by the tides. Wide outlets also mean lots of water flow to corals that need it, yet not strong enough to blow them off the rocks.

So, in a nutshell, the invention of the wide outlet pump and a new impeller design enabled pumps to go from 1,200 to 12,000 lph without a huge increase in wattage. This means having just one or two pumps in the average reef tank as opposed to the battery of Maxi jets, Aquaclears or IPH powerheads we used to have — and fewer pumps means less heat transfer into the water.

Next improvement is the longer power cable. The vast majority of all pumps and powerheads used to come with really short cables, which, when used in large tanks, didn’t even make it down to the base of the cabinet. This also posed a risk with water dripping into electric sockets.

Now I look for a 5m/16.5’ cable, giving me loads more freedom in placing pumps and running cables well out and clear of the tank and where I want them.

Last advantage is the magnet fitting. All pumps used to have rubber suckers which would lose grip, go brittle, perish or become stuck fast. Magnet fittings changed that, clinging on forever yet being easy to detach and move.

I highly recommend them — and get them while you can as the cost of magnets globally is rocketing.

Five things to look for in a circulation pump

Five ranges I would recommend: 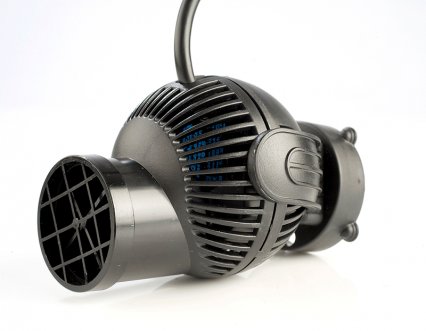 Anything from Tunze, as its pumps are whisper quiet, very efficient and run forever. The company came up with many of the features I now consider standard, including wide outlets, long cables, wave makers and magnet fittings. The products are very good on all hobby levels. 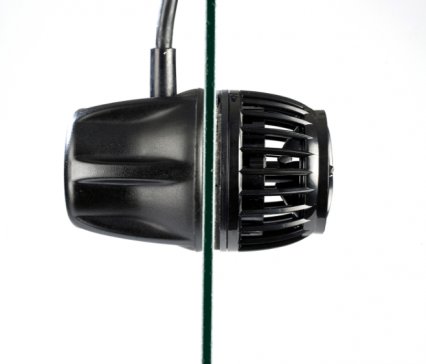 EcoTech Marine also contributed massively to pump technology progression with its VorTech range. These pumps come infinitely controllable as standard, have a unique two-part pump with only the impeller and cage actually inside the tank, and integrated wireless technology enables pumps to talk to and control each other — and pumps and their Radion lighting to communicate too.

These are very much in vogue right now. 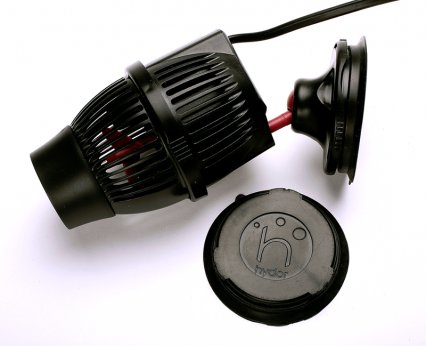 If you want an all-round value package you can’t go far wrong with the Hydor Korallia range. These items have all the entire box ticking features you would want. 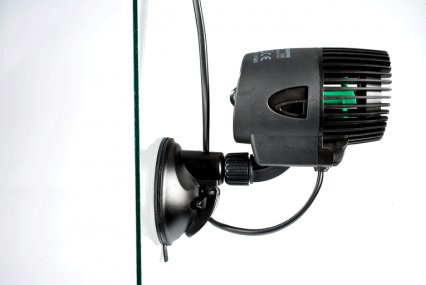 Without a magnet fitting, yet very good in all other areas, is the Newave range from Aquarium Systems. They offer high output, low energy consumption and good value. 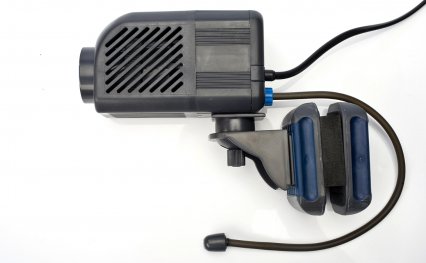 The Seio Prop range also ticks all the boxes and I choose these in preference to the bulkier Super Flow Pump from Taam — the same manufacturer.