It's summer (or it's supposed to be) so Nathan Hill checks out this new aquarium chiller for serious fishkeepers, which is available from TradeMark Aquatics.

Summer is bad news for many UK marine keepers. Fanning your tanks can help, but the downside is the resultant rise in evaporation.

Instead — or ideally as a complement to fanning — TradeMark Aquatics offers a range of Teco chillers for the more serious aquarist.

So what, you might ask? Chillers have been around for ages, but too much of the market has come to accept rubbishy imports with small compressors as the norm. TradeMark offers something desirable instead. 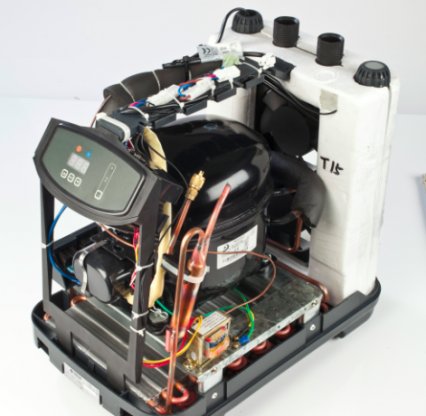 Taking the cover off the first thing you notice is that the compressor is huge, and it needs to be as the unit is rated to keep tanks of up to 800 litres in check, although obviously the amount of water that it can cool relies on multiple factors.

Calculating tool
That said, the TradeMark website includes an invaluable calculating tool to allow you to choose exactly the correct chiller for your needs.

Instead of just working on a volume of water, as anyone buying a heater will be familiar with, the formulae for sizing requires numerous variables, including wattages of pumps used, and whether they run internally or externally, ambient room temperatures, volumes and temperatures of water changes, UV lighting additions and volume of water in filters.

It is incredibly comprehensive and instantly instills in you a sense of confidence for the buying process.

Understanding the power consumption of the unit is tricky if not technically minded, but the upshot is that the Teco compressor and condenser are remarkably efficient. At an energy draw of 380w, the unit is able to remove some 500w of heat energy from the water.

The thing to remember is that unlike the way a heater works, a chiller isn’t 'inserting cold' into the water that passes through it. Rather it is removing heat.

So it’s not simply a formulae of saying that one watt of chiller induces one watt of cold. The wattage draw is facilitating a process of heat removal in other parts of the chiller rather than having an immediate and direct influence.

Also note that the TR15 isn’t on all the time. For the price you’re paying you expect, and get, a fine degree of thermostatic control. This is a contrast to fan-type chillers on almost continuously. As such, the running costs of a chiller are cheaper over the same period — and involves less evaporation too!

One optional upgrade is an added heater, which is included for an extra £32.50. The installation of this 400w device is a doddle, involving opening up one of the blanked ports on the water circuit, slipping into place and sealing with the cap that’s provided.

Once in place, an available connector is already in situ inside the chiller to which the heater connects, and then, with the movement of a 'jumper' to notify to the controller that the heater is now in line, the unit is ready.

Unlike some designs that now see a thermostatically controlled heater fighting with the chiller, the module will leave the heater inactive until needed. This may seem common sense, but overlooked in some cheap imports.

Setting the device is easy enough and with minimal buttons to play with it’s hard to get confused.

A pleasant feature is the ability to set the hysteresis range — the window of temperature where the chiller and/or heater do nothing. If set at a hysteresis level of 1.5°C, the unit triggers itself into life at around 1°C either side of the set temperature. So at a temperature setting of 25°C/77°F on the unit, the chiller will activate at 26°C/79°F, and switch off at 24°C/75°F. 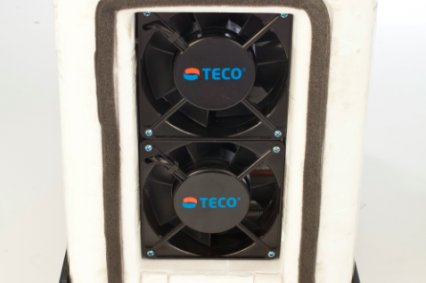 Preferred choice
Another nice feature is the facility to add a UV in the same way as the heater is installed. Again, it’s a doddle to do, although it involves some installation work to put in place the ballast. Obviously, this facility would appeal more to the fish-only aquarist than a reef keeper who would find a UV more detrimental.

The chiller uses R134a as its refrigerant gas and, seeing as this is the preferred choice for air conditioners in cars, it’s not hard to acquire.

When investigating the inner workings of the TR15, you quickly note that, unlike some inferior models, there’s a service/refill valve already in place should the gas need replacing — being a cheaper alternative to a new chiller.

Many cheaper units lack this feature, crimping pipes instead, so that when gassing needs to be done hardware butchery sees pipes being cut and re-crimped.

Take care when using this device with a sump system and think about where to position the unit. it would be wrong to run the unit into and out of a sump, which would chill that part of the system nicely but have insufficient impact on the main tank.

Ventilation is also an issue. As a heat exchanger, the device needs room to vent off all that excess warmth. Put it in too confined a space and it’ll experience difficulties.

As is inherent in all chillers, it’s wise to occasionally flush the units for waste build-ups. However, at a snug 18kg when empty, this isn’t something you pick up with one hand and tip out. Consider this when positioning it.

Thankfully, the TR15 doesn’t rely on hard plumbing, and so, with easyish-to-remove connectors rigged up to existing 16mm or 20mm hoses, it’s not calamitous to take the unit off line for maintenance. 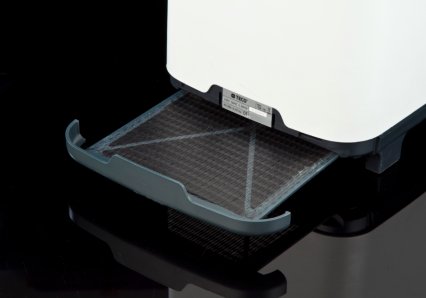 A final reason to allow yourself access to the chiller is so that you can clean the air filter screen, which sits in the base of the unit. Although there are two fans pumping air out of the back, a through flow is required, and if that screen gets blocked then the chiller will lose efficiency fast.