Putting the mega into megafauna We sometimes forget that fish have been around a lot longer than us, emerging long before the dinosaurs. Here’s a closer look at some beasts of antiquity that you might encounter.

Fishes have been around since the dawn of vertebrate life and have ruled almost every natural body of water on the planet since. There’s estimated to be over 33,000 species of fishes currently in existence today, with upwards of 150 new species being described each year (and no doubt many more still to be found). I couldn’t possibly comprehend how many have existed and subsequently vanished since the first jawless fishes emerged in the Early Cambrian, 541 million years ago.

The number of ancient fishes lost to time is devastating, and frankly, I lose sleep over all the extinct tropical fishes that died in environments too hot and acidic to even fossilise (fossilisation is extremely rare and requires specific conditions to occur properly).

Luckily the remains we do have might tickle enough of an itch for an aquarist interested in so called ‘living-fossils’, some no larger than 15cm, and others, giants; known as freshwater megafauna—primordial titans which inhabit our rivers, lakes, and now even aquariums.

What is freshwater megafauna?

All of us will be familiar with animals that are considered to be megafauna. They’re loosely defined as creatures with more mass than the average human, but some of
the most iconic and truly mega megafauna are rhinos, whales, mammoths, and even large dinosaurs.

In freshwater, the threshold for megafauna is slightly smaller, with the minimum requirement being a weight of 30kg (66lb), which still isn’t small, with fishes, aquatic reptiles and mammals included. The vibrant Red Tail Catfish, the omnivorous, disc-shaped Black Pacu, cousins of the piranha, and the Iridescent Shark Catfish are all considered among the largest of the aquarium trade’s ‘tank-busters’ and easily fall into the category of freshwater megafauna.

Growing up, I was fascinated with extinct megafauna, and was saddened the Earth saw less and less of their kind, especially in the ‘human era’. Megafauna researcher, Fengzhi He explains that due to their large size, complex habitat needs, long lifespan and late sexual maturity, these animals are far more prone to extinction. With contemporary studies showing that one third of all freshwater fish face extinction, I turned my eyes towards some of nature’s oldest living freshwater giants. 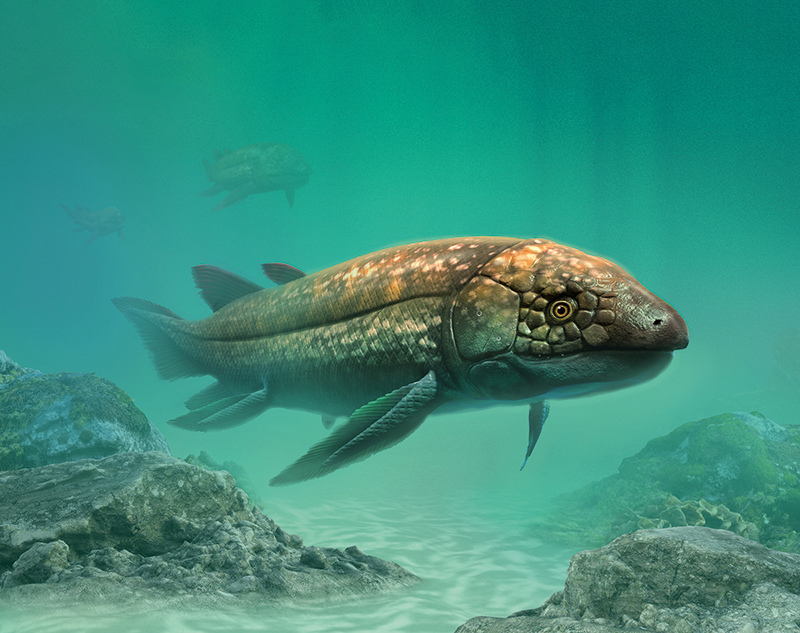 The oxymoron of the ‘living fossil’

What counts as an ancient fish? Such a question rarely has a black and white answer, as the details of such an informal definition are rarely agreed upon, specifically at a family level.

That being said, most parties agree that ‘ancient’ or ‘living-fossil’ fishes are any taxonomic order which emerged in the Jurassic period (or earlier), and have persisted today with modern species — often not radically different from the ‘originals’, even with the amount of time passed.

While the term ‘living-fossil’ is not technically accurate, it sufficiently communicates the idea that this living animal belongs to a primeval and (relatively) unchanged group of animals. In the aquarium trade, we have our share of many relatives of the ancient, freshwater megafauna, and even some of the remaining titans themselves.

A popular group of fishes in certain circles of the hobby, the highly misunderstood lungfishes have three living genera — Protopterus (the African species), Lepidosiren (South American) and Neoceratodus (now only extant in Queensland, Australia) — all extremely differing in behaviour. What they do all share though, is a knack for problem solving.

Go ahead and float a tub of food in their aquarium, and the lungfishes will make (usually successful) attempts to sink it, so they can reach the food. They may try gripping and dragging the tub underwater, but if the buoyancy is too strong they either quickly learn to bite through it, so it sinks, or push it the tub to a corner and tip it over.

The four species of African lungfishes are rather territorial, and are safer (mainly for your other fishes’ sakes) in a species only or solo aquarium. I find them to be like teething puppies, with a (much) more powerful bite, but watching them feed is a wholly cute experience; they chew their food thoroughly, covering it in a mucus to aid digestion, and their fatty cheeks move up and down as they chew.